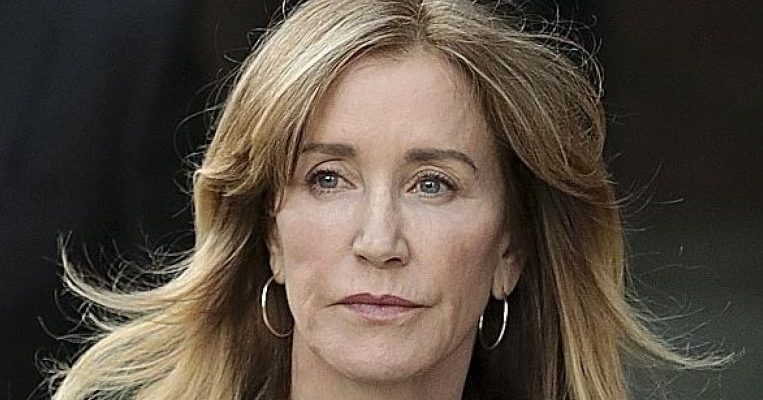 LOS ANGELES • US prosecutors want actress Felicity Huffman to receive a one-month prison sentence when she appears before a judge on Friday. She is the first parent to be sentenced in the college admissions scandal that exploded in March with the arrests of Huffman and nearly three dozen other parents.

Huffman pleaded guilty to a fraud conspiracy charge in May, admitting she conspired with college admissions consultant William “Rick” Singer to fix her daughter’s entrance exams.

But since Huffman tearfully admitted her guilt and issued a written mea culpa, she has brought up “quibbles” with prosecutors, they said in a court filing last Friday, in an attempt to “imply that (she) is somehow less guilty – that she participated in fraud only reluctantly, without fully understanding it… That is false,” prosecutors wrote.

Her attorneys referred questions about the allegation to a public relations firm, which did not respond.

In a filing of their own, Huffman’s attorneys last Friday requested a year of probation, a US$20,000 (S$27,600) fine and 250 hours of community service, saying she is remorseful and “deeply ashamed”.

Included in the filing is a letter from Huffman herself, addressed to the judge who will decide whether to spare her or send her to prison.

Huffman told District Judge Indira Talwani that she was “shocked” to hear Singer propose rigging her daughter’s SAT. But before long, she said, she felt a sense of panic that her daughter’s scores were too low and posed an obstacle to her future.

“As warped as this sounds now,” she said, “I honestly began to feel that maybe I would be a bad mother if I didn’t do what Mr Singer was suggesting.” She said she toyed with the idea for six weeks before agreeing to pay Singer US$15,000 to fix her daughter’s score.

In December 2017, Mark Riddell, Singer’s accomplice, changed the girl’s answers after she took the test at a West Hollywood school where Singer had allegedly bribed a proctor to permit the cheating.

Huffman and prosecutors say her daughter had no knowledge of the scheme. Both Singer and Riddell have pleaded guilty to an array of felonies and are awaiting sentencing. The proctor, Igor Dvorskiy, has pleaded not guilty to conspiracy to commit racketeering.