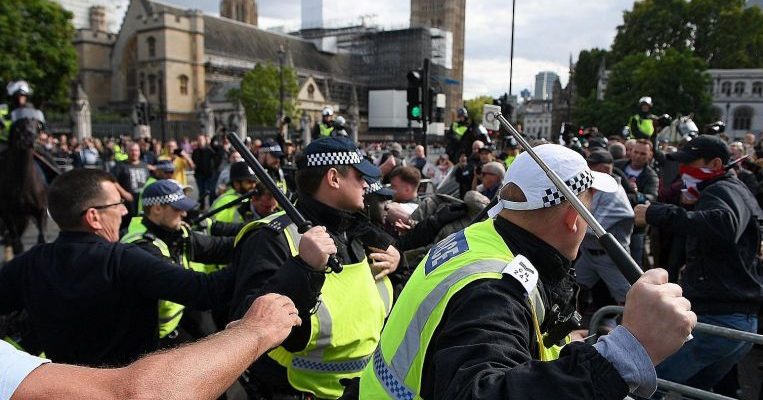 ROMFORD (England) • Regardless of whether British voters chose to leave or remain in the European Union, the latest Brexit crisis in Westminster last week has united them on one front: They have lost all faith in their politicians.

“They’re all idiots. Stuck up, stupid, useless idiots,” said Mr Liam Peters, 37, a carpenter from Barling, in south-east England, who voted to leave in the 2016 referendum.

“We voted for a very simple thing: to leave. We didn’t vote for deals or endless negotiations. We just want to get out, but our politicians are useless, and they have turned one of the most important decisions in our history into a farce.”

After three years of painstaking negotiations, votes and delays to Brexit, many Leavers hoped that Prime Minister Boris Johnson would achieve what he said he would and wrench Britain out of the bloc, “do or die”.

But since Parliament returned from summer recess last week, Mr Johnson has failed at every turn, losing four key votes and his majority in Parliament, and facing the humiliation of his own brother’s stepping down from Parliament and his government.

Ultimately, in less than one week, he lost control of Brexit – the one thing he vowed to deliver.

“Boris is just as useless as everyone else. He’s a joke,” said Mr Tony Edwards, a 64-year-old retired truck driver from Essex in southeast England. “All the MPs are corrupt; they just care about collecting their pay cheques. The best solution at this point is to shut down Parliament and elect new representatives because this Parliament does not represent the public. We voted out, and out means out.”

Things were not looking much better for Mr Johnson on Friday. In one glimmer of good news, a judge did toss out a suit brought by the activist lawyer Gina Miller challenging the legality of the Prime Minister’s decision to suspend Parliament for several weeks.

But things were decidedly gloomier for Mr Johnson on other fronts. The Opposition parties in Parliament announced that they would not support Mr Johnson tomorrow in a second vote to authorise an early election.

And that was fine with Ms Lizzie Burton, 28, an advertising agent from London.

“No one wants another election, we’ve had one recently and it didn’t change anything,” said Ms Burton, who voted Remain in the referendum. “What we need to solve this gridlock is a second referendum.”

And later on Friday, the House of Lords gave its approval to a Bill to block a no-deal Brexit. The measure now needs only the pro forma Queen’s approval before becoming law.

Ms Burton believes that a significant portion of the public who voted to leave the European Union in 2016 was misled by campaigners, who she says played down the economic impact of Brexit, especially if it occurred without a withdrawal agreement.

“The true reality of Brexit is now out there in the public sphere,” she said, “and I’m convinced that many people have taken stock of that reality and changed their minds.”

If that is the case, it is a late-breaking development because over the years, the polls have reflected the deep polarisation of the electorate, with relatively little movement from one side to the other.

Remainers, as the aggrieved party, have tended to be more vocal in expressing their displeasure. Last weekend, tens of thousands gathered in London to protest against what they decried as Mr Johnson’s disregard for democratic norms in his single-minded pursuit of Brexit. “If you shut down Parliament, we shut down the streets!” the demonstrators chanted in unison.

But the discontent was not limited to Mr Johnson’s opponents. Even Conservatives expressed dismay at his highhandedness, particularly the sacking of the 21 Conservative Members of Parliament who voted against his Brexit strategy, when he himself was elected prime minister by only around 100,000 party members.

“This is not the Conservative Party I voted for,” Ms Belinda Ashton, a 48-year-old housekeeping manager, said on Thursday as she flicked through a tabloid at Liverpool station in London that ran the headline, Britain’s Worst PM.

“There is no way I would have voted for a party led by Boris Johnson,” she added. “Just the fact that he can get elected by a handful of people and then come in and sack so many MPs that were elected by the public, like a Middle Eastern dictator. It’s absurd.”

For many members of the public, the events in Westminster in recent months, and particularly this last week, have been hard to follow.

“There is too much information out there for your average person to understand,” said Mr Edwards, the retired truck driver. “Backdoor, backroom, whatever they are arguing about in Ireland, I don’t get it.”