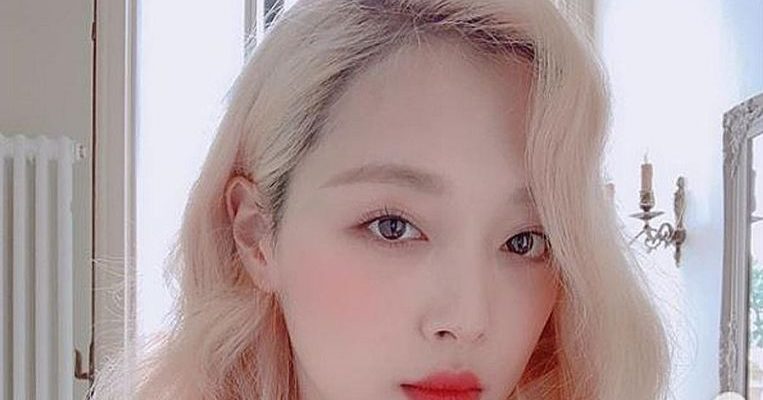 There will be no Internet trolls in heaven. Rest in peace.

This message, left by Facebook user Jin Baek in response to news about , points to the crux of the problem.

Tortured by hate comments online and unable to pull herself out of depression despite a smooth-sailing solo career, Goo ended her life on Nov 24. She was 28.

Their untimely deaths have now prompted soul-searching in South Korea over the prevalence of misogyny in a glamorous entertainment world, where beautiful young women are thrust into stardom without enough mental preparation about the dark side of fame.

Sulli, who died at age 25, was said to be depressed. Like Goo, she was also a target of cyber bullying and vicious comments.

Observers said such comments are hard to ignore for celebrities who are used to being adored by fans, and whose lives have revolved around showbiz from a young age. Many audition as teens for Korea’s manicured music industry and stay as trainees for years before they get their breaks.

Ms Vivian Lee, a veteran in the entertainment industry with experience producing idol shows, told The Sunday Times the amount of humiliation is not something a normal person can endure.

“Celebrities have less social experience and they’ve only lived a life in the limelight, so their mind is as fragile as a glass ball,” she noted.

“Hate comments are too dark for them, almost criminal. They can’t handle these comments calmly.”

For K-pop idols bound by the strict rules set by their management agencies and their time dominated by gruelling training schedules, the Internet is their window to their fans – and the outside world. But it is also where danger lurks in the form of anonymous trolls.

Both Goo and Sulli stood out for daring to challenge the norms in the cookie-cutter world of K-pop. And both paid a heavy price for it.

Sulli, for one, supported the global no-bra movement deemed too feminist in South Korea, and co-hosted a show called Night Of Hate Comments, aimed at raising awareness of cyber bullying.

Goo, meanwhile, had fought a legal battle against her abusive former boyfriend Choi Jong-bum, who threatened to release a spycam sex video of her.

In August, a Seoul court handed him a suspended sentence of one year and six months over charges including assault and blackmail. But he was acquitted of filming her without consent – a judgment Goo reportedly could not accept.

Despite being technologically advanced, South Korea is still a largely patriarchal society where abuse against women often escapes severe punishment.

More than 11,200 spycam cases were reported to the police in the past two years, with most of the victims being women. Offenders can face up to five years in prison, but most found guilty were only fined.

Ms Lee Na-young, a sociologist at Chung-Ang University, said victims of sexual crimes often end up being stigmatised. “She is soiled, a slut, a rag,” she told BBC. “Once labelled as soiled, she is a slut for the rest of her life. How can an individual carry this burden?”

For Goo, the pain was exacerbated by a torrent of hate comments online. Netizens accused her of “knowing no shame”, “costume-playing as a victim”, and “splurging money on media manipulation”.

Ms Vivian Lee, who has worked in the entertainment industry for 25 years, said female celebrities become an easy target when their private life is exposed to the public.

“The attack against a female celebrity is persistent and rarely ends,” she said. “You could end up breaking down mentally, and in the worst-case scenario, commit suicide.”

The two recent deaths have triggered public action against the glaring injustice.

An online petition against cyber bullying filed to the presidential Blue House after Sulli’s death drew more than 23,000 signatures, while another one calling for harsher punishment for cyber crime and hate comments, triggered by Goo’s death, garnered more than 20,000 signatures in less than a day.

Two Bills aimed at eradicating online abuse – one requiring online users to use their real names and the other, calling for portals to filter out malicious comments – were submitted to Parliament on Oct 25.

The Korean Singers Association has also urged the government to “establish and implement realistic measures to protect the nation’s asset of pop singers”.

Experts said more can be done to help young K-pop idols prepare mentally for the stress that comes with stardom, especially in a country where women are scrutinised for the smallest imperfections.

Ms Vivian Lee noted that not all management companies will take good care of their artists’ psychological health.

“Artists learn many things like dance and singing, but I doubt they learn how to manage stress and how to handle online comments,” she said. “They race to debut, and then work harder to become popular. But their dream can be shattered by online comments. That is beyond sadness, it’s a violation of human rights.”