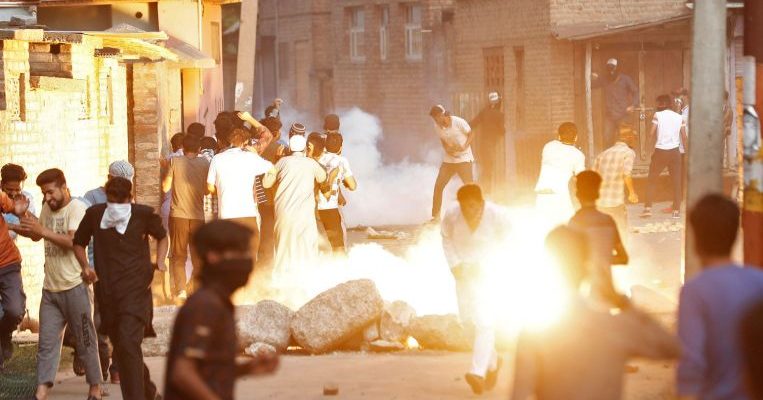 A 12-member delegation of opposition leaders in the world’s largest democracy was turned away from the airport in Srinagar in the Indian state of Jammu and Kashmir after they arrived yesterday from Delhi.

They were there to meet locals and assess the situation in the state that has been under lockdown since Aug 4.

The Indian government and bifurcated it into two federally administered union territories (UTs) on Aug 5, a controversial move that has led to widespread anger and violent protests in the Kashmir valley despite a strict clampdown.

While , such as the restoration of landline phone connections at certain places, measures including a ban on mobile telecommunications are still in force.

Several hundred people, including two of the state’s former chief ministers, Mehbooba Mufti and Omar Abdullah, are currently in detention.

A day before the opposition delegation landed, the state’s Department of Information and Public Relations put a post on Twitter urging political leaders “not to disturb the gradual restoration of normal life” in Jammu and Kashmir.

“Political leaders are requested to cooperate and not visit Srinagar as they would be putting other people to inconvenience. They would also be violating restrictions that are still there in many areas,” it said in its tweet.

The leaders were not allowed to step outside the airport and were put on a flight back to Delhi. Representatives from the media were prevented from speaking to the visiting delegation.

Ms Neerja Chowdhury, a political columnist and commentator, said letting the opposition leaders meet locals in the region might have helped ease the situation in Kashmir.

“Even if the people in the Kashmir valley are angry, let them express it, let them vent their spleen.

“At some point, you have to take off the lid, you can’t keep it on permanently,” she told The Sunday Times.

“Allow the people to have their say, even though they may abuse and disagree with you. Indian democracy can take that.

“We have every indication that there is a lot of angst in Kashmir, not only about their special status being revoked but also reducing the state to UTs, which is like adding insult to injury,” she added.

Even if the people in the Kashmir valley are angry, let them express it, let them vent their spleen. At some point, you have to take off the lid, you can’t keep it on permanently…
Allow the people to have their say, even though they may abuse and disagree with you. Indian democracy can take that.

Mr Gandhi’s attempt to visit Kashmir comes after the state governor Satya Pal Malik invited him earlier in the month to see the situation on the ground after he expressed concern over reports of “violence and deaths”.

The Congress leader accepted his invitation but the governor later withdrew it, accusing Mr Gandhi of “politicising the matter by seeking to bring a delegation of opposition leaders to create further unrest and problems for the common people”.

After Mr Gandhi’s arrival in Delhi, the media quoted him as saying: “It’s clear the situation in J&K isn’t normal.”

The Congress party also tweeted: “If the situation in Jammu & Kashmir is ‘normal’ as the govt claims, why has the delegation of opposition leaders led by Shri @RahulGandhi been sent back from Srinagar airport? What is the Modi govt trying to hide?”

While the federal government claims the situation is peaceful, this narrative has been contested by media reports of recurring violent protests leading to even pellet-gun injuries.

Schools last week began reopening in the state for the first time since Aug 5, but attendance has remained thin, with many locals choosing not to open their shops and businesses.