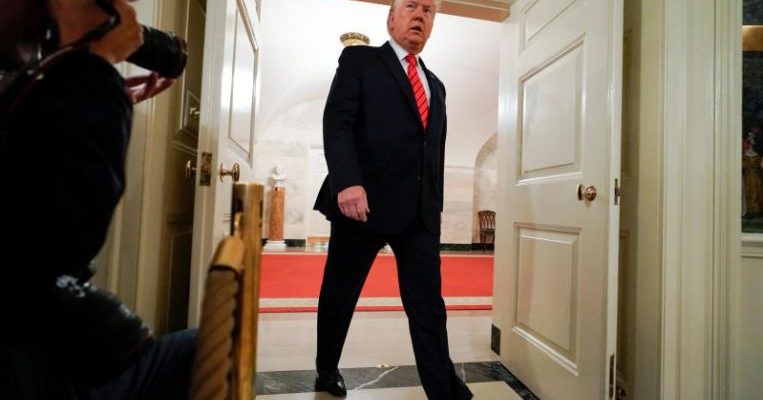 WASHINGTON • A federal judge handed a victory to House Democrats when she ruled that they were legally engaged in an impeachment inquiry, a decision that undercut President Donald Trump’s arguments that the investigation is a sham.

The declaration on Friday came in a 75-page opinion by Chief Judge Beryl Howell of the US District Court in Washington. She ruled that the House Judiciary Committee was entitled to view secret grand jury evidence gathered by special counsel Robert Mueller.

Typically, Congress has no right to view such evidence. But in 1974, the courts permitted lawmakers to see such materials as they weighed whether to impeach then President Richard Nixon.

The House is now immersed in the same process focused on Mr Trump, Judge Howell ruled, and that easily outweighs any need to keep the information secret from lawmakers.

She wrote that the White House strategy to stonewall the House had actually strengthened lawmakers’ case. She cited Mr Trump’s vow to fight “all” congressional subpoenas and an extraordinary directive by his White House counsel, Mr Pat Cipollone, that executive branch officials should not provide testimony or documents to impeachment investigators.

The administration is likely to appeal the ruling; the Justice Department was reviewing it, a spokesman said.

It came on a day when House investigators unleashed another round of subpoenas.

They demanded that the acting chief of the White House budget office and two other administration officials testify next month in their inquiry into Mr Trump’s pressure campaign on Ukraine to open investigations that could benefit him politically.

As of Friday, all but three Senate Republicans – Ms Lisa Murkowski of Alaska, Mr Mitt Romney of Utah and Ms Susan Collins of Maine – had signed onto a resolution that accused Democrats of conducting an unfair inquiry and called on the House to vote for a formal impeachment investigation.

Also on Friday, the Republican National Committee’s governing body made the unusual gesture of declaring in a symbolic resolution that it “now more than ever wholeheartedly supports” Mr Trump in the middle of “a nakedly partisan impeachment investigation”.

Yesterday, the House was to hear testimony from a senior State Department official Philip Reeker, the acting assistant secretary of state for European and Eurasian affairs.

He was due to meet the House of Representatives Foreign Affairs, Intelligence and Oversight Committees behind closed doors at the US Capitol.

Mr Reeker, 54, is a career diplomat whose current portfolio includes Ukraine, the country central to the investigation of Mr Trump. Mr Reeker has held his position on an acting basis since March 18.

At the heart of the impeachment inquiry is a July 25 phone call in which Mr Trump asked Ukrainian President Volodymyr Zelensky to investigate former vice-president Joe Biden, a leading Democratic contender to face Mr Trump in the 2020 election, and his son, Hunter, who had been a director of a Ukrainian energy company.

The Trump administration was withholding US$391 million (S$533 million) in security assistance for Ukraine when the call took place, and investigators are looking into whether Mr Trump improperly tied the release of the aid to getting Ukraine’s help in probing the Bidens.

Mr Trump denies wrongdoing. And, backed by his fellow Republicans in Congress, insists he is being treated unfairly.