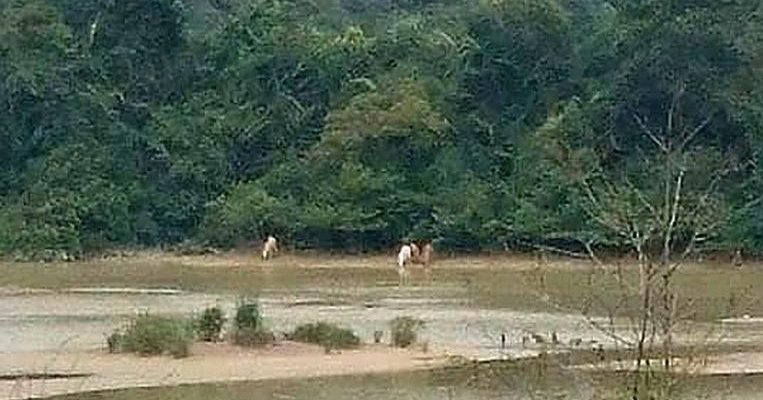 JOHOR BARU • The ruler of Johor yesterday issued a warning to wildlife poachers, saying they will be hunted down if they continue with their illegal activities.

In a statement on his official Facebook page, Sultan Ibrahim Sultan Iskandar said Johor’s forests are rich in flora and fauna, and must be preserved and taken care of.

The post also shows a picture of what appeared to be two white tigers by a river bank.

Sultan Ibrahim said he was informed about the discovery of four tigers, two of them white, in the jungles of Sungai Sayong, Kota Tinggi, recently.

He told Malaysia’s Wildlife and National Parks Department (Perhilitan) and other relevant enforcement agencies to intensify their operations and patrols to combat illegal wildlife hunting. “This is my warning to all hunters, local or foreign, as well as to the Orang Asli – if they illegally hunt tigers or any other form of wildlife, then they in turn will be hunted.

“I want Perhilitan to increase their operations and patrols in Johor’s forests to combat and even eradicate illegal hunting,” he said.

Ops Belang, which was started by the government to protect tigers and their habitat as well as to combat poaching, is carried out in collaboration with the Johor Forestry Department and Johor National Parks Corporation.

“We know where the hot spots are as we found many of the snares around the Panti Forest Reserve and Endau Rompin National Park during our patrols under Ops Belang,” he said.

Mr Salman said the poachers would buy tools such as wire cables from hardware shops to make the snares. He believes the poachers also received help from locals, who provided them with information.

The poachers, Mr Salman said, would stay in the jungle for one to two weeks, hoping to trap animals in the snares. Although the poachers did not rely on firearms to hunt, they were usually armed with knives and axes, he added.

“The price of a tiger can reach up to RM100,000 (S$33,000) in the black market,” said Mr Salman, adding that many of the poachers came from Indochina countries and worked in factories in Malaysia. Some of them have work permits while others entered the country illegally.