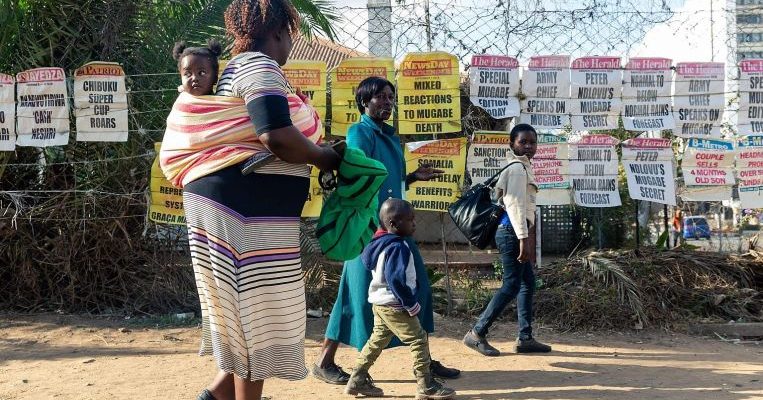 Mr Mugabe, who was 95 when he died on Friday in Singapore, will be laid to rest in Harare at the National Heroes Acre, which has been set aside for Zimbabweans who have made huge sacrifices during the war against white-minority rule and who dedicated themselves to the nation, which emerged from the ashes of colonial Rhodesia.

“Comrade Mugabe will be buried at the Heroes Acre,” Deputy Information Minister Energy Mutodi said. “That is where he deserves to rest.”

Mr Leo Mugabe, a nephew of Mr Robert Mugabe and a family spokesman, told The Associated Press that the date of the funeral and other details, including when Mr Mugabe’s body will arrive in Zimbabwe, were not yet available.

“Arrangements are not in place yet,” he said in a text message.

Located on a hilltop, and built with the help of North Korean architects, the plot has a commanding view of Harare, features a huge bronze statue of three guerrilla fighters and boasts black marble and granite flourishes.

Mr Mugabe is viewed by many as a national hero despite decades of rule that left the country struggling.

He was a former guerrilla chief who took power in 1980 when Zimbabwe shook off white-minority rule and presided for decades while economic turmoil and human rights violations eroded its early promise.

Mr Mugabe was forced to relinquish power by a previously loyal military in November 2017.

Flags flew at half-staff yesterday, but there were no public activities to mark the death of a man who singularly shaped the once-prosperous country in his own image and created a repressive system that some say remains even today.

Reaction to his death was mixed, although praise ironically came mostly from ruling party officials and military leaders.

The state-run Herald newspaper, which vilified Mr Mugabe when he was forced to resign and when he subsequently voiced support for the opposition, carried glowing tributes.

In a “commemorative edition”, the newspaper, which often acts as a mouthpiece of the government, carried a montage of his pictures on its front page and glowing reports throughout. It also praised him for “his uncompromising stance when it came to the rights of Africans”.

“Whatever happened towards the end of his leadership should not be used to rubbish the good things that he did during his life,” the commander of the Zimbabwe Defence Forces and one of the commanders who led the military campaign to oust Mr Mugabe after years of propping his rule, was quoted as saying in a separate story in the newspaper.

Others were less charitable.

“Despite his intellectual prowess, Mugabe’s failure to let go of power when it was time was his major undoing. In short, he was a liberator who turned villain. Leaders need to know when to draw the line,” said the privately owned Newsday newspaper in an editorial.

On the streets of the capital, Harare, few seemed bothered as people struggled to cope with biting economic problems largely blamed by critics on Mr Mugabe’s rule and perpetuated by his successor, President Emmerson Mnangagwa. Mr Mnangagwa took power in 2017 with the help of the military.

“Who cares?” said street vendor Percy Maute, pushing a cart full of tomatoes along a busy street named after the former president. “I don’t care. I am too busy looking for money to mourn a man who put me in this position.”