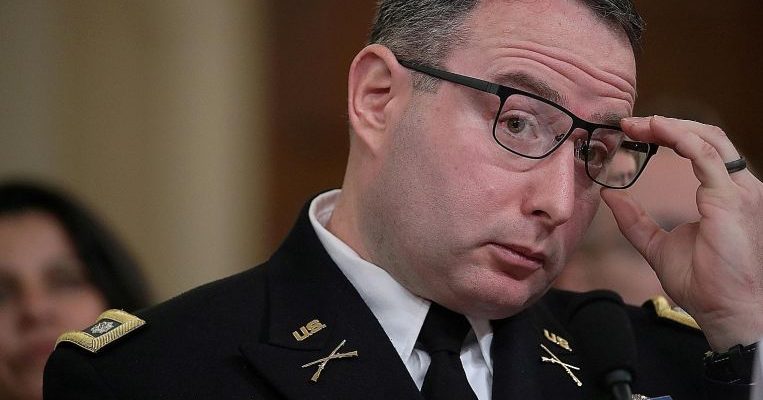 WASHINGTON • President Donald Trump wasted little time opening a campaign of retribution against those he blames for his impeachment, firing two of the most prominent witnesses in the House inquiry against him barely 48 hours after being acquitted by the Senate.

Emboldened by his victory and determined to strike back, Mr Trump ordered Mr Gordon Sondland, the founder of a hotel chain who donated US$1 million (S$1.4 million) to the President’s inaugural committee, to be recalled from his post as ambassador to the European Union on Friday.

On the same day, Lieutenant-Colonel Alexander Vindman, a decorated Iraq War veteran on the National Security Council (NSC) staff, was marched out of the White House by security guards.

Their ousters – along with that of Lt-Col Vindman’s brother Yevgeny, a US Army officer who also worked in the NSC – may only presage a broader effort to even accounts with the President’s perceived enemies.

In the two days since his acquittal in the Senate, Mr Trump has railed about those who stood against him, calling them “evil”, “corrupt” and “crooked”, while his press secretary declared that those who hurt the President “should pay for” it.

Even as he began purging administration officials who testified in the House impeachment inquiry, Mr Trump assailed a Democratic senator who he had hoped would side with him during the trial but did not and called on the House to “expunge” his impeachment because he deemed it illegitimate.

The flurry of actions and outbursts drew quick condemnation from Democrats, who said the President was demonstrating that he felt unleashed, and complicated the politics of impeachment for moderate Republicans who stood by him while arguing that he had learnt his lessons and would be more restrained in the future.

Mr David Pressman, lawyer for Lt-Col Vindman, said: “There is no question in the mind of any American why this man’s job is over, why this country now has one less soldier serving it at the White House.”

Lt-Col Vindman spoke publicly only once, after being ordered under subpoena, Mr Pressman said. “And for that, the most powerful man in the world – buoyed by the silent, the pliable and the complicit – has decided to exact revenge.”

Mr Sondland took a more measured approach, confirming that he had been dismissed.

“I was advised today that the President intends to recall me effective immediately as United States ambassador to the European Union,” he said in a statement. “I am grateful to President Trump for having given me the opportunity to serve.”

The two men were two of the most crucial witnesses in the House impeachment hearings.

Mr Sondland, who was deeply involved in the effort to pressure Ukraine to announce investigations into Mr Trump’s Democratic rivals, testified that “we followed the President’s orders” and that “everyone was in the loop”.

The White House made no effort to portray the ousters as anything other than a response to the impeachment battle.

Mr Trump had foreshadowed Lt-Col Vindman’s fate hours ahead of time, saying: “Well, I’m not happy with him. You think I’m supposed to be happy with him? I’m not.”

“I was told by many that Manchin was just a puppet for Schumer and Pelosi,” he wrote on Twitter, referring to Senator Chuck Schumer, the minority leader, and Speaker Nancy Pelosi. “That’s all he is!”

Mr Trump’s critics had warned he would feel unbound if acquitted, and some said that the dismissals proved their point, quickly calling it “the Friday night massacre”.

“These are the actions of a man who believes he is above the law,” said Mr Adam Schiff, the lead House impeachment manager.

“This action is not a sign of strength,” he said. “It only shows President Trump’s weakness.”

“That’s such a shame,” said Ms Pelosi. “What a patriotic person. This goes too far.”

Republican Senator Susan Collins, who voted to acquit the President but expressed hope that he would learn a lesson from the impeachment, said that witnesses should not be punished.

“I obviously am not in favour of any kind of retribution against anyone who came forward with evidence,” she said in Maine, according to the Portland Press Herald.