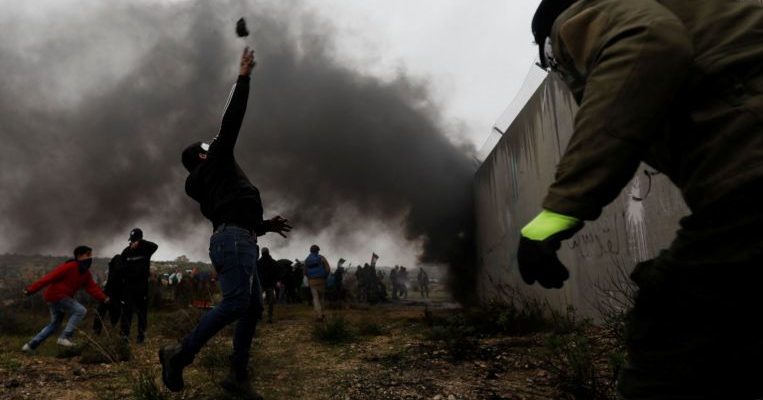 The proposed peace plan, dubbed the “deal of the century” by Mr Trump, hands the holy city of Jerusalem on a silver platter to the Israeli side in absolute disregard for the feelings of millions of Muslims and Christians worldwide, Tun Dr Mahathir said.

“This deal will only bring more conflict to the region, and will antagonise billions of people around the world,” he said in the opening speech at the third conference of The League of Parliamentarians for Al-Quds in Kuala Lumpur.

Dr Mahathir, the world’s oldest government head at 94 years old, has for decades been accused of anti-Semitism for his criticism and attacks on Jews, whom he has accused of perpetrating a humanitarian crisis in the Palestinian territories and creating conflict in the Middle East region.

He also said Malaysia will not keep quiet on the oppression of the Palestinians by Israel.

“We are duty-bound and this responsibility is further amplified when powerful nations that had styled themselves as the defender of justice and freedom choose to be silent while the atrocities are being committed. In other words, if we too choose to be silent, the blood from the murders and killings of the Palestinians by the Israelis is on our hands as well,” said Dr Mahathir.

He said platforms such as The League of Parliamentarians for Al- Quds, as well as the Inter-Parliamentary Union, parliamentary blocs and others, can be more effective if they were to strategise and coordinate their efforts.

Quoting statistics by Peace Now, an anti-settlement watchdog group, he said that as of Jan 7, Israel had approved the construction of nearly 2,000 new settler homes on Palestinian territories.

“Never in the history of nations have countries built settlements in other countries and claimed the right to own them. This is a form of conquest based on the strength of a bully. According to prisoners’ rights group Addameer, more than 12,000 Palestinian children have been detained by the Israeli army since the year 2000 and are serving time in the same detention facilities as adult Palestinian prisoners,” said Dr Mahathir.

Israel and the Palestinian Authority opened a new front in their decades-long conflict with a trade dispute that began in October and has escalated over the past week.

“Yesterday, the director of Israeli crossings informed all exporters and all relevant parties that all Palestinian agriculture products would be banned from export to world markets through the Jordanian crossing starting Sunday,” Mr al-Attari told Voice of Palestine Radio.