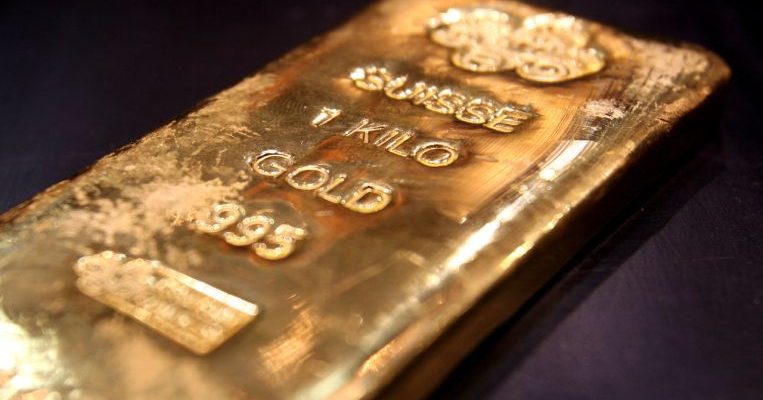 SINGAPORE (BLOOMBERG) – Stocks sink and investors snap up tons of gold; stocks surge and investors keep on snapping up tons of gold. The haven has benefited from sustained inflows in recent days as the markets’ coronavirus-driven gyrations and expectations for interest rate cuts spur large, consistent demand.

Net inflows into gold-backed exchange-traded funds topped 55 tons over the three days to Tuesday (March 10), lifting the overall total to a fresh record, according to a preliminary tally by Bloomberg. That accounts for almost a third of year-to-date inflows, and came as the S&P 500 Index nosedived then jumped.

Bullion’s rallied this year as central banks ease policy to cushion the impact of . Still, the chance of a US recession within the next 12 months has surged to the highest since the country exited the last downturn in 2009, according to Bloomberg Economics. With the Federal Reserve seen paring rates next week after , demand for havens could rise further.

“The global spread of Covid-19, along with the recent 50 basis point cut to US federal funds rate, have led to investors seeking the refuge of the precious metal,” National Australia Bank Ltd. said in a note, predicting further cuts in US rates. “Lower rates reduce the opportunity cost of holding gold.”

JPMorgan Chase & Co predicts the Fed will cut rates by a full percentage point to the lowest level since 2015 by the end of next week, a more aggressive move than anticipated by other Wall Street banks. There’s “no good reason for the Fed to ‘keep its powder dry’,” it said.

“Despite the elevated prices we have been seeing for gold, the allure of its safe-haven status is expected to keep prices supported,” said Jingyi Pan, a market strategist at IG Asia in Singapore. “It does not come as so much of a surprise that inflows toward the likes of gold-backed ETFs have sustained.”