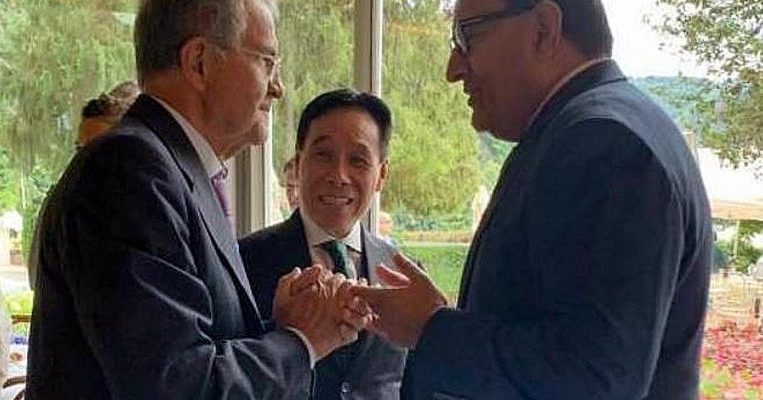 Against the backdrop of threats to the multilateral trading system by anti-globalisation and anti-trade rhetoric, agreements such as the European Union-Singapore Free Trade Agreement (EUSFTA) are important both in symbolic and practical terms, Minister-in-charge of Trade Relations S. Iswaran said in Italy over the weekend.

Mr Iswaran was in Cernobbio last Friday and Saturday for the 45th Ambrosetti Forum, organised by The European House-Ambrosetti. He was off to Brussels yesterday to meet EU Trade Commissioner Cecilia Malmstrom and EU businesses, as the EUSFTA enters the final stages of ratification.

Last Friday, Mr Iswaran spoke at the forum’s opening session on future global challenges and impacts on businesses. He stressed the importance of being committed to and strengthening the rules-based multilateral trading system in the face of aforementioned threats.

The EUSFTA “has a strong signalling effect that even as we look at the global environment and all the challenges, countries and regions are prepared to work together to continue to push the boundaries in terms of economic integration”, he said.

On the practical side, Asean presents many opportunities for businesses from Europe thanks to its rapid growth and rising middle class, and the EUSFTA serves as “a way to build a path towards a larger Europe-Asean FTA”, he said.

He also spoke on the need to guard against cyber attacks, including having collaborations across nations and jurisdictions.

While in Cernobbio, Mr Iswaran met former Italian prime ministers Enrico Letta and Romano Prodi. They discussed the potential for deeper collaboration between the EU and Asean, and Singapore and Italian firms via platforms such as the EUSFTA and the Italy-Asean Association.

Italy is Singapore’s sixth-largest trading partner in the EU. Bilateral trade in goods between both countries has been on the rise and exceeded $6 billion last year.

One company cited in Mr Iswaran’s forum speech is Italian pharmaceutical firm Menarini, which has its regional headquarters in Singapore. Since 2012, Menarini Asia-Pacific has nearly tripled its revenue to almost €600 million (S$914 million) this year.

The firm continues to grow its business in Asean and China especially, which will strengthen its operations in Singapore as a regional hub, said Dr Pietro Giovanni Corsa, Menarini group’s corporate general manager for management, finance, and infocomms technology.

“As a European company that conducts extensive business across the region through Singapore, Menarini Asia-Pacific looks forward to reaping strong economic benefits from the elevated partnership that Singapore will have with the EU,” said Dr Corsa.

EUSFTA benefits include flexible rules of origin for Singapore exports, improved market access to services and reduction of non-tariff barriers in key sectors including pharmaceuticals, he noted.