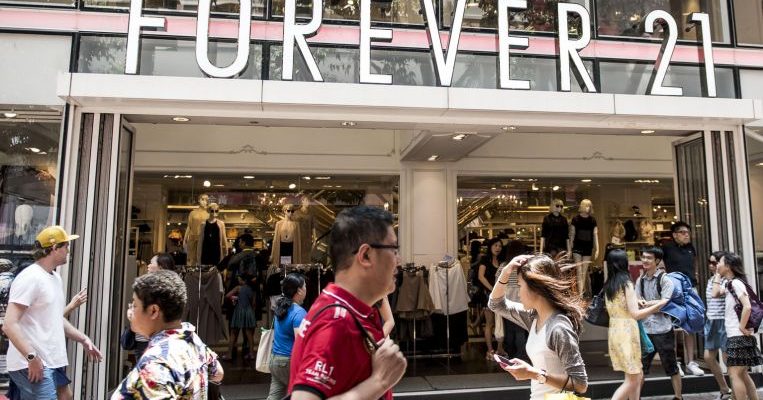 NEW YORK • Fast-fashion chain Forever 21 is in talks with potential lenders and restructuring advisers as it explores options to turn its ailing business around, according to people familiar with the matter.

The company is exploring financing that would shore up its liquidity and ensure founder Do Won Chang maintains control, said the people, who asked not to be identified because they are not authorised to speak publicly. It has also spoken with Apollo Global Management about lining up potential debtor-in-possession financing if it were to seek bankruptcy, the people said.

“Forever 21 is speaking with our lenders in the normal course of business and is in compliance with all of our agreements and continues to operate as usual,” the company said via e-mail. A spokesman for Apollo declined to comment.

Forever 21 has more than 815 stores in the United States, Europe, Asia and Latin America, and its international operations in particular have been a drag on business, one person said.

The Los Angeles-based chain has opened large-format stores and expanded into new markets at a time when competitors have pulled back. It has more than 815 stores in the United States, Europe, Asia and Latin America, and its international operations in particular have been a drag on business, one person said.

The family-owned company opened its first store in Los Angeles in 1984 as Fashion 21 and established itself as a destination for younger shoppers looking for trendy clothes at affordable prices.

But competitors have crowded into that segment of retail, from H&M to Target to new online sellers.

Another retail upheaval could cause more pain for landlords already dealing with thousands of store closings this year in the wake of liquidations of other chains as even healthy retailers adapt to shifting consumer habits.

Mall operator Macerich named Forever 21 as its second-largest tenant in its latest annual regulatory filing, accounting for 2.5 per cent of its total rents as of Dec 31.