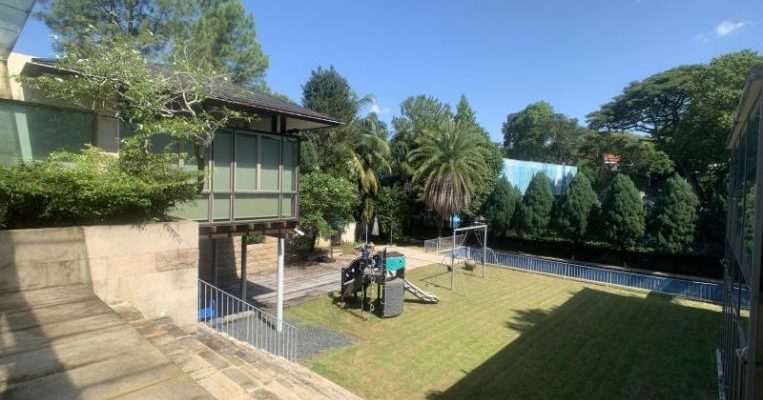 SINGAPORE – A good class bungalow (GCB) at 80 Belmont Road, owned by The Stratech Group’s Chew family, will be relaunched for auction next week with a lower guide price of $39 million, marketing agent Knight Frank Singapore said on Thursday (Sept 12).

This will be the third attempt to sell the freehold property. It failed to sell at the first auction in July with a $42 million guide price, or $1,556 psf. It was later relaunched via private treaty in August at $40.8 million, or about $1,511 psf.

Sharon Lee, director and head of auction at Knight Frank Singapore, told The Business Times (BT) on Thursday: “Potential buyers have indicated their interest as it is a unique property with character, so now it is a matter of pricing.”

The two-storey GCB has a gross floor area of 15,714 sq ft and sits on a two-tiered land with a lift, playground, basketball court, swimming pool, and ample parking space to fit up to 10 cars. It is also near the Botanic Gardens and the Holland Village enclave.

This is a mortgagee sale, in which the bank forecloses on the property after the owner defaults on the mortgage, and puts the property up for sale to recover the outstanding debt.

BT reported in July that the husband-and-wife team of David Chew and Leong Sook Ching who used to control mainboard-listed Stratech, now in liquidation, are the registered owners of the bungalow, while Deutsche Bank is the mortgagee.

Another GCB in the vicinity will also be auctioned in a mortgagee sale this month. The bungalow at 5 Belmont Road has a guide price of $20 million or around $1,225 psf, marketing agent ERA Realty said on Wednesday. The auction for the freehold, two-storey property will be held on Sept 23 at Amara Hotel.