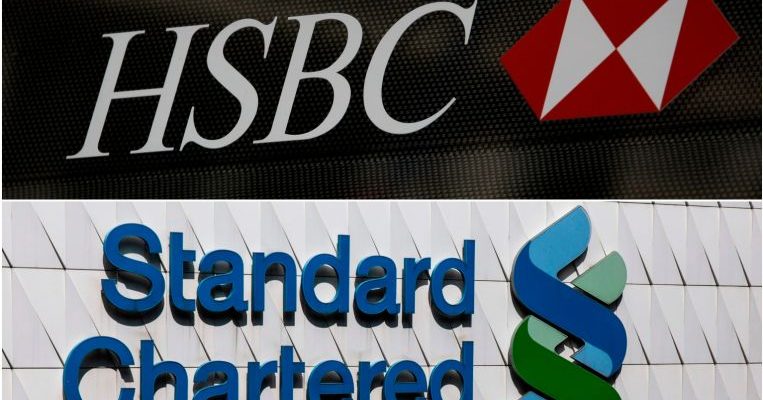 HONG KONG (BLOOMBERG) – HSBC Holdings plunged in Hong Kong trading on Wednesday (April 1) after scrapping its dividend and warning revenue and loan losses will be impacted in the first quarter from the coronavirus outbreak that has halted economic activity across large parts of the globe.

The bank’s shares slid 7.4 per cent to HK$40.9 as of 10:44am in Hong Kong, bringing this year’s decline to 33 per cent. Standard Chartered tumbled 5.2 per cent after it also announced a suspension of dividends and a buyback plan.

Along with other UK banks, HSBC decided to scrap dividend payments after urging from UK regulators. The lender said it would cancel an interim dividend slated to be paid this month and also make no payouts or do any buybacks until at least the end of the year.

“It looks structurally bearish for the sector, namely: higher cost of equity, increased regulatory uncertainty, weaker investment cases in the event of future capital raises,” Jefferies analyst Joseph Dickerson wrote in a note, adding that HSBC is likely most at risk.

The UK’s five biggest banks had planned to pay out £7.5 billion (S$13.2 billion) in dividends over the next two months. Barclays was due to pay more than £1 billion on Friday.

In a statement on Tuesday, HSBC said that “we expect reported revenues to be impacted in insurance manufacturing, and credit and funding valuation adjustments in global banking & markets, alongside higher expected credit losses.”

Banks are under pressure globally from volatile markets and slumping growth, but have also been at the front-end of massive support from central banks and regulators, including relief on some capital buffers and more time to tackle soured loans.

“While we do understand the social rationale behind these steps, this regulatory intervention risks leading to further underperformance by UK banks in the near-term, relative to both UK insurers and global banks,” Citigroup analysts wrote in a note.

HSBC, which generated half its 2019 revenue in Asia, has earlier said in the most extreme scenario, in which the virus continues into the second half of 2020, it could see US$600 million (S$854.4 million) in additional loan losses.