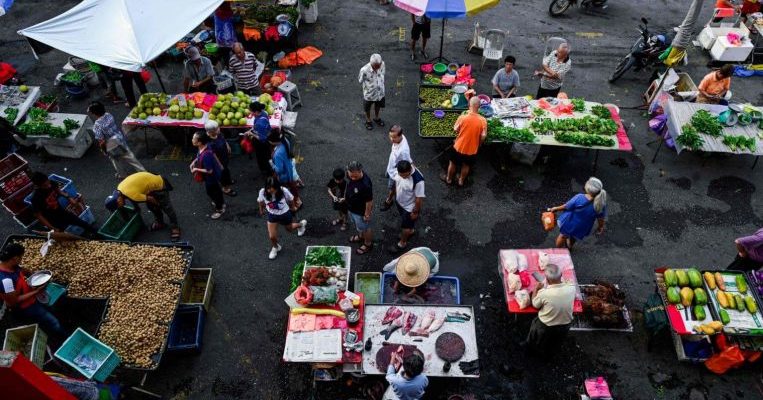 Malaysia’s administration has moved swiftly to calm communal tensions in the wake of a campaign calling for Muslims in the country to boycott products made by non-Muslims but analysts warn that the racial polemic is set to continue as opposition parties use it for political mileage.

“This latest coordinated campaign is politically motivated, the objective is to unite the Malay-Muslim community for a common cause,” said Mr Adib Zalkapli, director at political-risk consultancy BowerGroup Asia.

Malay-Muslims form the majority of Malaysia’s population, while the minority communities of Chinese and Indians are largely non-Muslim.

The ruling Pakatan Harapan coalition won the general election in May last year despite garnering only about 30 per cent of the Malay vote, largely because the Malay vote was split three ways between itself, and its rivals – former ruling party Umno and Parti Islam SeMalaysia (PAS).

Umno and PAS have since teamed up to consolidate two-thirds of the Malay vote between them.

Prime Minister Mahathir Mohamad has said the boycott is “not an effective weapon”, and that it would have little actual impact on businesses. The greater concern, though, is the extent to which race issues will be exploited to gain political mileage.

The campaign stemmed from an Aug 23 proposal by the Islamic Consumers Association of Malaysia to the Islamic Development Department for halal certificates to be issued in the native language of the product’s manufacturers, so that consumers can identify if they are Muslim or otherwise.

The suggestion was criticised as racially divisive, but its backers, including Muslim NGOs Gerakan Pembela Ummah and Ikatan Muslimin Malaysia, presented it as a call to buy Muslim-made goods rather than a boycott of non-Muslim products.

The Cabinet, in a statement issued last week, rejected the “narrow-minded thinking” behind the campaign that it said could “jeopardise the welfare and harmony” of the country. “Instead, the people are asked to support the ‘Buy Malaysia-made products’ campaign because it benefits the country,” it added.

Both PAS and Umno have denied that they back the boycott but they have not denounced it either. PAS secretary-general Takiyuddin Hassan said the party supports buying goods from Muslim companies as “inclusive” and the move “should be seen in a positive light”.

The campaign also taps into concerns within the Muslim community about their economic well-being. Malaysia’s slowing economy amid challenging global conditions and public spending cuts have not helped allay those concerns.

“Affirmative action policies have helped raise the Malay middle class but whether the benefits have trickled down to rural areas or to lower-income families remains questionable,” said Dr Norshahril Saat, fellow at ISEAS – Yusof Ishak Institute.

According to news site Malaysiakini, a closed Facebook group supporting Muslim businesses was reported to have grown from 10,000 members to over a million members since the boycott campaign.

“The worry now is the language used would polarise society into Muslims against non-Muslims,” said Dr Norshahril.

Prime Minister Mahathir Mohamad has said the boycott is “not an effective weapon”, and that it would have little actual impact on businesses. The greater concern, though, is the extent to which race issues will be exploited to gain political mileage.

Race and religion are perennial touchy matters in multicultural Malaysia and groups which support Muslim businesses or boycott goods made by non-Muslims have been around for years. But this current wave of support for the boycott was apparently sparked in Jerantut, Pahang after a protest by about 20 non-Muslims against the government’s plan to teach Jawi or Arabic script as part of the Malay language syllabus in primary schools.

According to the Malay Mail news site, entrepreneur and activist Mohd Nor Izzat Mohd Johari then called for a boycott of Chinese shops in the small town, a movement he described as an “economic jihad”. His post on Facebook, which has since been deleted, had close to 22,000 likes.

In a blog post on Friday that appeared to refer to such boycotts, Tun Dr Mahathir wrote about how Malays in the past were unwilling to work hard and conducted businesses only on a small scale, unlike the other communities. He warned that this practice could not continue in the present day. “Our fate is in our hands. Scolding others won’t resolve our problems,” he said.

Meanwhile, analysts said the racial polemic is likely to continue. “As long as political immaturity is prevalent, and Malaysia’s political pattern remains hinged on race and religion, these issues will continue to crop up until the next general election,” said Professor Awang Azman Awang Pawi of Universiti Malaya.