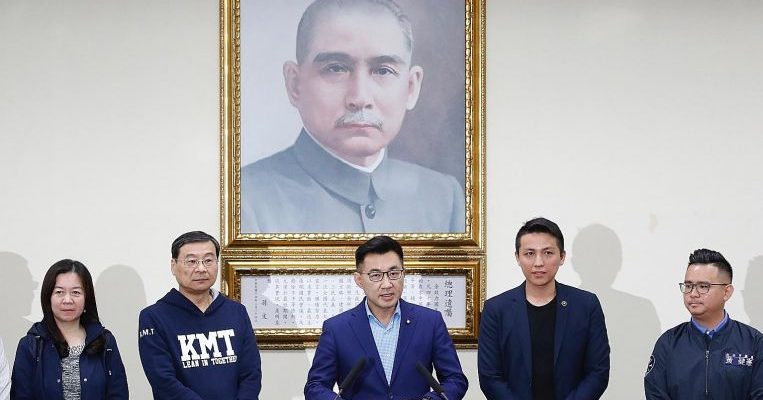 Mr Chiang’s only opponent in the election was former Taipei mayor and former deputy chairman Hau Lung-bin, 67, a weathered KMT member whose father Hau Pei-tsun was premier in the early 1990s.

While Mr Hau has been active in Taiwan’s political scene for over two decades, with 16 years of seniority over third-time lawmaker Mr Chiang, 48, his experience did not keep him from losing to the younger candidate.

Mr Chiang secured nearly 70 per cent of the votes yesterday.

The party’s Central Standing Committee had also resigned over the election defeat, and 32 new members were elected yesterday.

He congratulated Mr Chiang, saying: “I hope he can realise his promise for reforms… to bring the KMT on the right path and rebuild confidence in our grassroots members.”

Only about 35 per cent of KMT members voted in the election, compared with 58 per cent in 2017’s chairman poll.

Both candidates expressed concerns about the turnout after casting their own ballots yesterday, with Mr Hau attributing the low voting numbers to the members’ disappointment in the party and also to the coronavirus outbreak.

Mr Chiang’s chairmanship will run until May 20 next year.

His victory comes at a time when the KMT is attempting its first large-scale reform, with younger members like him calling for older party officials to hand the reins over to the younger party demographic after the party lost a number of legislature seats and .

Mr Chiang and others, including former KMT lawmaker Hsu Yu-jen, have blamed the election flop on older, top-ranking officials holding fast to outdated ideologies such as the 1992 Consensus as the party’s main cross-strait policy, and ignoring the potential in younger voters, who largely opted for the DPP.

The 1992 Consensus and the KMT’s other China policies maintain that there is only “one China”, but China and Taiwan are at liberty to interpret which side is, legitimately, China.

Aside from the intra-party reforms, KMT’s presidential candidate, Mr Han Kuo-yu, is also facing calls for change in Kaohsiung, where he is mayor.

A petition to recall Mr Han from his position is under way, with 550,000 signatures collected so far in the petition’s second stage.

The signatures will be sent to the Kaohsiung City Election Commission tomorrow.

If the signatures are deemed legitimate, a recall vote will be held around mid-June.

Yesterday, DPP chairman Cho Jung-tai likened the KMT’s current situation to what his own party had to go through last year when President Tsai Ing-wen resigned as chairman after .

“For the past year or so, we worked hard to change the DPP’s structure and faced constant challenges bravely,” Mr Cho said on Facebook.

“I know that the path of reform is one of no return, but we pulled through, and I hope the same for the KMT.”