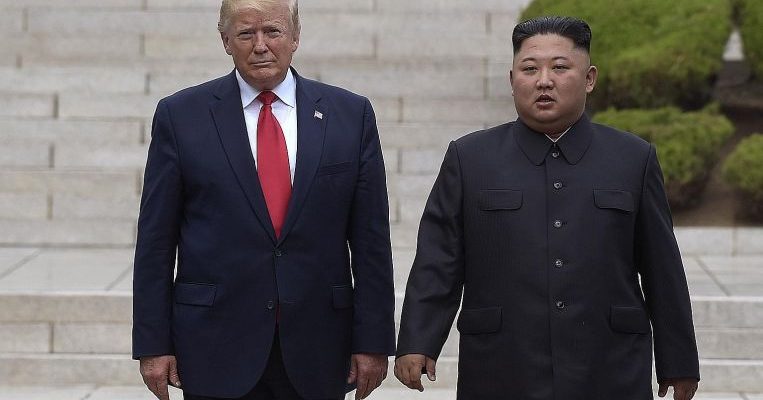 SEOUL • North Korea has received birthday greetings to its leader Kim Jong Un from US President Donald Trump, but their personal relationship is not enough for a return to talks, according to a statement published yesterday by state news agency KCNA.

The comments come against the backdrop of stalled denuclearisation talks following a flurry of diplomacy between the United States and North Korea in 2018 and early last year.

While Mr Kim could personally like Mr Trump, he would not lead his country on the basis of personal feelings, Mr Kim Kye Gwan, an adviser to the North Korean Foreign Ministry, said in the statement.

“Although Chairman Kim Jong Un has good personal feelings about President Trump, they are, in the true sense of the word, ‘personal’,” he said.

“We have been deceived by the United States, being caught in the dialogue with it for over one year and a half, and that was lost time for us.”

North Korea will not discuss proposals such as those Mr Trump made at his last summit with Mr Kim in Hanoi in February last year, the Foreign Ministry adviser said.

Pyongyang will not give up its nuclear facilities for partial sanctions relief, and will return to talks only when Washington makes concessions, he added.

“The reopening of dialogue between the DPRK and the US may be possible only under the condition of the latter’s absolute agreement on the issues raised by the former, but we know well that the US is neither ready nor able to do so,” he said. DPRK refers to the North’s official name, the Democratic People’s Republic of Korea.

Dr Mason Richey, a professor at Hankuk University of Foreign Studies in Seoul, said yesterday’s comments show how ties between leaders are sometimes only marginally useful for diplomacy.

“At least one member of the US-North Korea diplomatic ‘bromance’ is mature enough to admit that personal feelings are just that,” he said.

“Kim Kye Gwan’s statement doesn’t close the door on diplomacy any more than it already was, but he underlined how the US and North Korea have fundamentally different strategic interests with almost no meaningful overlap.”

The North Korean adviser also cautioned South Korea to steer clear of ties between the North and the US, saying it should not seek “to play a mediator role”.

On Friday, a South Korean official said Mr Trump had asked the South Koreans to pass on birthday greetings to North Korea. The North has never officially confirmed Mr Kim’s age or date of birth.

The North Korean adviser said it was “presumptuous” for South Korea to meddle in personal relations between Mr Kim and Mr Trump, adding that the North had already directly received from Mr Trump a letter with the greetings.

“But they seem not to know that there is a special liaison channel between the top leaders of the DPRK and the United States.”

“This is another slap in the face, which Moon seems determined to accept ad infinitum.”