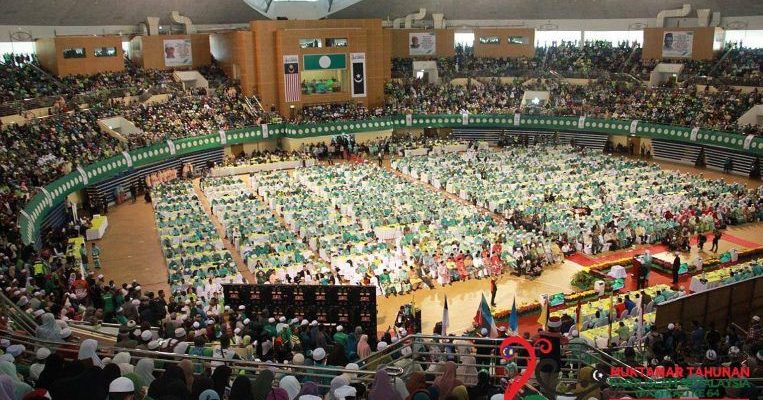 The Malay community’s special rights were raised at Parti Islam SeMalaysia’s (PAS) annual assembly yesterday, with a delegate warning that Malaysia could become a “second Singapore” if these rights were sidelined under the Pakatan Harapan (PH) government.

Mr Roslan said the DAP posed a threat as it could take away the Malays’ special rights as well as separate religion from the state. According to Mr Roslan, Mr Lee had told the Malaysian Parliament in May 1965: “We cannot agree to anything but a Malaysian Malaysia. We are prepared to play in accordance with the rules too: wait 5 years, 10 years, 15 years but the ideas we represent must come true.”

Singapore separated from Malaysia to become an independent state in August 1965, after deep political and economic differences between their ruling parties.

Ethnic Chinese represent the majority community in Singapore, making up 74 per cent of the resident population, while Malays comprise 14 per cent.

They used the same narrative during elections. Malays are discriminated by DAP, and DAP controls the PH government. PAS and Umno want to use this narrative for the next general election. PAS is playing racial politics to the hilt.

PROFESSOR JAMES CHIN, director of the Asia Institute at the University of Tasmania, telling The Sunday Times that the accusations against DAP are not new and were used in the run-up to last May’s polls.

“We face a big threat, if we are careless, we will see our dignity, race and country compromised. It is not impossible for us to become a second Singapore,” said Mr Roslan.

Professor James Chin, director of the Asia Institute at the University of Tasmania, told The Sunday Times that the accusations against the DAP are not new and were used in the run-up to last May’s polls.

The indirect message from PAS is that Malays in Singapore are sidelined by the PAP, and the DAP will do the same thing to Malays in Malaysia, he said.

“They used the same narrative during elections. Malays are discriminated by DAP, and DAP controls the PH government. PAS and Umno want to use this narrative for the next general election. PAS is playing racial politics to the hilt.”

Former ruling party Umno entered into a political alliance with PAS after it was trounced in the general election in May last year.

Umno and the Barisan Nasional (BN) coalition it leads have won three by-elections this year, after PAS agreed to stay out of the races and not split the Malay vote.

The two parties have tapped fears within the Malay community that the DAP is calling the shots in the PH administration of Prime Minister Mahathir Mohamad, and that Malay and Muslim issues are being sidelined.

This is despite the DAP having only 42 MPs in the 222-seat Parliament, while its Malay-led partners Parti Keadilan Rakyat, Parti Pribumi Bersatu Malaysia and Parti Amanah Negara have 87 MPs in all.

Malay Muslims form a crucial demographic in Malaysia, making up 60 per cent of the 32-million population, while 117 out of 222 parliamentary seats are Malay-majority wards.

The one million-strong PAS controls the state legislatures of Kelantan and Terengganu and has 18 MPs in Parliament.

Umno-led BN controls the state assemblies of Pahang and Perlis, and has 40 MPs in total.

While the PAS-Umno collaboration has proved fruitful so far, not all PAS members welcome the idea of teaming up with their former foe.

Mr Ahmad Yahya, a delegate from Kedah, warned yesterday that dissatisfied members could leave and form a new party.

“If we fail to explain to our party members (about the cooperation with Umno), then we will have challenges,” he said in his speech at the assembly.

PAS leaders, however, endorsed the pact yesterday, with the powerful cleric wing giving the green light for the party to form “unity governments” with Umno in the four states they control.