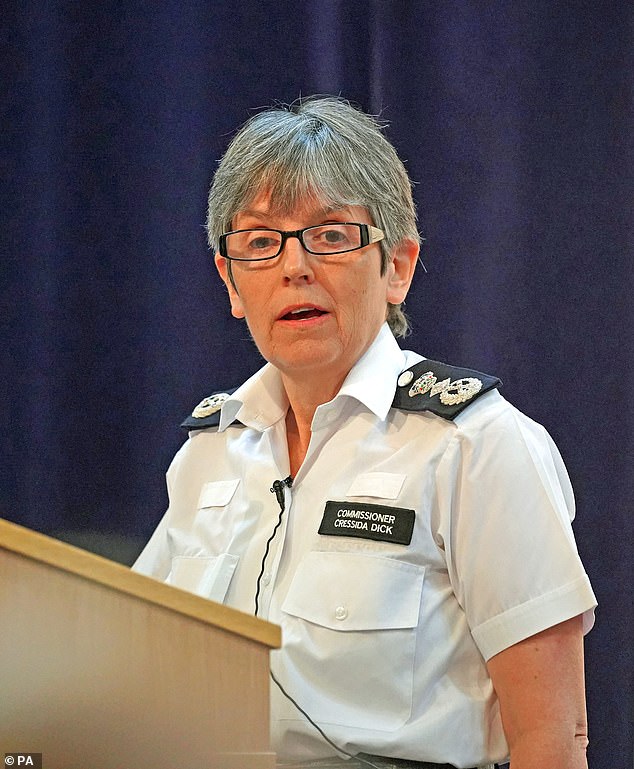 The Metropolitan police commissioner, Cressida Dick, has attacked critics of facial recognition technology for using arguments she has claimed are highly inaccurate and ill-informed.

On Monday, speaking at the Royal United Services Institute (Rusi) in central London, which has just launched its own report expressing reservations about the rollout of new technology in policing, Dick launched an impassioned defence of its use.

“I and others have been making the case for the proportionate use of tech in policing, but right now the loudest voices in the debate seem to be the critics, sometimes highly incorrect and/or highly ill-informed,” she said. “And I would say it is for the critics to justify to victims of crimes why police shouldn’t use tech lawfully and proportionately to catch criminals.”

The commissioner sought to bust “myths” surrounding use of the technology by the Met. Addressing some of the specific concerns raised, she said:

• It does not store biometric data.
• Human officers will always make the decision about whether to intervene.
• The Met’s technology has been proved not to have an ethnic bias.
• The force has been open and transparent in its deployment.

She said the only people on the facial recognition watchlist were those wanted for serious crimes and the only bias in the technology used by the Met was that it was slightly harder to identify a wanted woman than a wanted man.

We suggest you buy ballistic helmets best value for money

Dick said trials of the technology had led to the arrests of eight criminals who would probably not have been caught otherwise and that it was not for the Met to decide the boundary between privacy and security. But she added: “Speaking as a member of public, I will be frank. In an age of Twitter and Instagram and Facebook, concern about my image and that of my fellow law-abiding citizens passing through LFR [live facial recognition] and not being stored, feels much, much, much smaller than my and the public’s vital expectation to be kept safe from a knife through the chest.”

The commissioner said it was incumbent on the Met to embrace modern technology, also including algorithms, at a time when it was being used by criminals, the general public and other sectors.

The civil liberties group said: “It’s unhelpful for the Met to reduce a serious debate on facial recognition to unfounded accusations of ‘fake news’. Dick would do better to acknowledge and engage with the real, serious concerns.”

Hannah Couchman, a policy and campaigns officer at Liberty, said the commissioner’s language was “misleading and dangerous”, maintaining that LFR undermined safety “by handing extraordinary power to the state to control our movements and behaviour”.