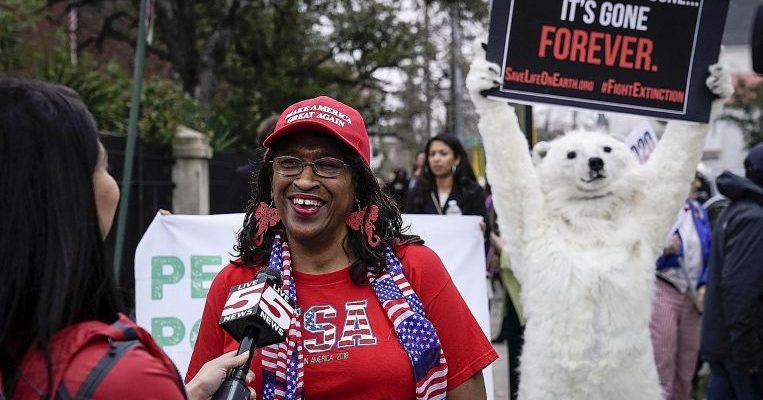 WASHINGTON • President Donald Trump has made rolling back environmental regulations a centrepiece of his administration, moving to erase Obama-era efforts ranging from landmark fuel efficiency standards and coal industry controls to more routine rules on paint solvents and industrial soot.

But all along, scientists and lawyers inside the federal government have embedded statistics and data in regulatory documents that make the rules vulnerable to legal challenges.

These facts may now hand ammunition to environmental lawyers working to block the President’s policies.

Loyalists in the Trump administration see in the scientists’ efforts evidence that a cabal of bureaucrats and holdovers from previous administrations is intentionally undermining the President and his policies.

And there can be little doubt that some career scientists are at odds with Mr Trump’s political appointees.

But current and former federal employees say their efforts to include these facts are a civic and professional duty, done to ensure that science informs policy outcomes and protects the public. Some are trying to preserve regulations they spent years of their lives writing.

“You work hard on stuff that is good for the world, for a long time, for years, and then it’s trashed, and you’re told you have to participate in trashing it,” said Ms Kathy Kaufman, a clean air policy expert who retired from the Environmental Protection Agency (EPA) in 2017. “You know you have to figure out what to do.”

Examples of employees figuring out what to do were pointed out in interviews with over two dozen former and current employees.

Take fine soot. Trump administration appointees do not want to further tighten controls on the industrial pollutant, which contributes to lung disease.

But in a draft analysis of the soot regulations, scientists included data showing that by tightening the standard by 25 per cent, as many as 12,150 lives in the US could be saved a year. That data may be a powerful weapon for promised legal challenges to the stay-the-course soot rule.

Climate change is another example. In 2018, when the EPA proposed reversing a rule to limit climate-warming coal pollution, civil servants included in their reports analysis showing that by allowing more emissions, the new version of the rule would contribute to 1,400 premature deaths a year.

Environmental lawyers plan to use that analysis to challenge the rule when the first court filings are due on April 3.

And just this winter, as administration officials worked on a rollback of fuel economy standards, political appointees found themselves at odds with their staff, combing through thousands of pages of analysis to find what Mr Thomas Pyle, a Trump campaign adviser in 2016, called “trip wires that EPA staffers were setting” in their work.

There is no accusation, however, that any data was false or that employees had been engaged in scientific misconduct.

Some employees said they saw an opportunity last year to bring science to bear as they conducted a legally mandated review of the 2012 regulation of industrial fine soot emissions.

Mr Trump’s political appointees did not want to tighten the rule, which would require oil refineries and coal plants to install costly pollution controls or even shut down some operations. But EPA scientists said the rule was still killing people and wanted their warnings made public.

So in the draft scientific risk assessment, they placed critical data points. They estimated that the current standard, which allows for 12 micrograms of fine soot per cu m of air, is “associated with 45,000 deaths” annually.

In a separate paragraph, they wrote that if the rule were tightened to 9 micrograms per cu m, annual deaths would fall by about 27 per cent – or 12,150 people a year.

“This document represents the best science and scientific judgment that these particles are deadly at the current level, so judges will give great weight to that science,” said Mr John Walke, a lawyer with the Natural Resources Defence Council.