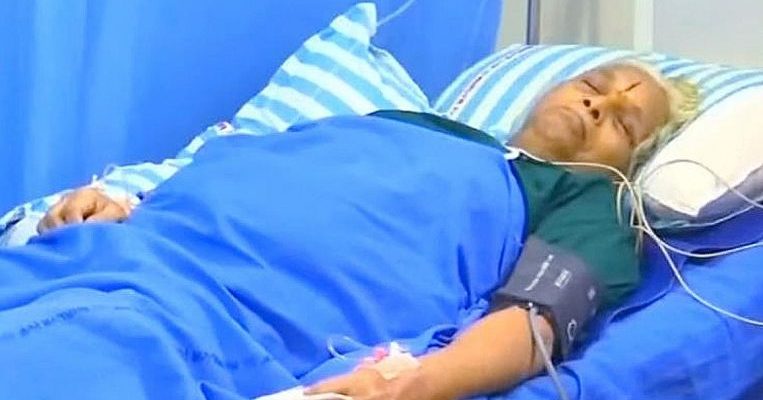 NEW DELHI • A 74-year-old woman has given birth to twin girls in the southern Indian state of Andhra Pradesh, reviving controversies around geriatric pregnancies.

Dr Sankkayala Uma Shankar, who delivered the babies, told The Washington Post on Friday that the mother, Ms Mangayamma Yaramati, had provided a birth certificate showing her age as 74, though some news outlets have reported that she is 73.

Dr Shankar, an in-vitro fertilisation (IVF) specialist, delivered the twins via caesarean section on Thursday, and told The Washington Post that the mother and babies are doing well. He added that the twins weighed 1kg each.

Ms Yaramati and her 82-year-old husband, Mr Sitarama Rajarao, said they had wanted children for years, and that they had been stigmatised in their village for being childless, BBC reported.

“We tried many times and saw numerous doctors,” she said. “So this is the happiest time of my life.”

“The (pregnancy) was smooth. There were no complications,” Dr Shankar told The Washington Post. “She only had respiratory issues, but that was taken care of.”

The twins were conceived through IVF.

As Ms Yaramati had reached menopause, a donor’s egg was fertilised with Mr Rajarao’s sperm before it was implanted in the new mother, doctors told the Hindustan Times.

Doctors say that at 74, Ms Yaramati is the oldest person in the world to give birth, though this was not immediately verifiable.

She was reported by The Guardian to be 72, though her age was also not verifiable at the time.

Multiple ethicists raised concerns about Ms Kaur’s pregnancy in 2016, arguing at the time that giving birth at such a late age would be irresponsible.