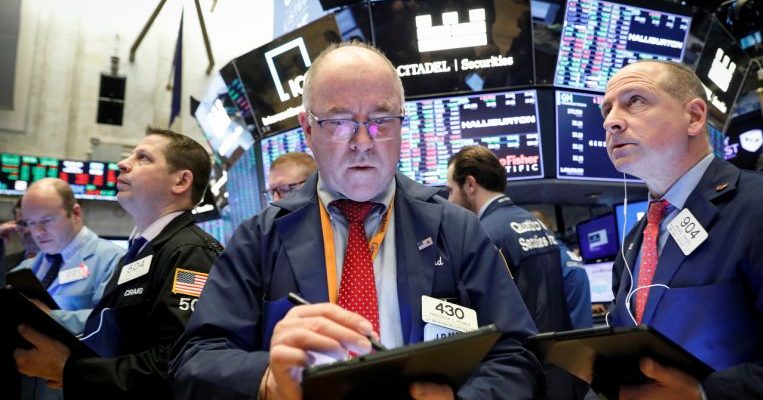 SYDNEY (BLOOMBERG) – Stocks in Asia retreated along with US equity futures after US health authorities said they found the that does not have ties to a known outbreak.

The news came as US President Donald Trump said Americans face little risk from the outbreak, comments that failed to assuage concerns as investors try to gauge the risk that the epidemic poses to the world’s largest economy.

Japanese shares were down more than 1.5 per cent, with shares in Seoul, Hong Kong and Sydney more modestly lower. Shanghai shares edged up at the open. Crude oil retreated again, and 10-year Treasury yields are near the record lows hit Tuesday.

Dow futures fell 53 points and indicated a loss of 74 points at Thursday’s open. S&P 500 futures and Nasdaq 100 futures slid at least 0.2 per cent each.

The Shanghai Composite rose 0.2 per cent.

US health authorities said on Wednesday night that they’ve identified the first case of coronavirus that doesn’t have known ties to an existing outbreak, a worrying signal that the virus is circulating in the US despite reassurances from the Trump administration that it’s contained.

The US Centres for Disease Control and Prevention said the patient doesn’t appear to have travelled to China or been exposed to another known case of the coronavirus.

The won erased gains after the US urged travelers to reconsider trips to South Korea as the number of cases there rose above 1,500. The currency had climbed when the Bank of Korea unexpectedly kept interest rates on hold earlier Thursday.

fell in after-hours trading after saying the virus continues to impact its supply chain in China.

“There’s more room potentially to go with this correction,” said Katie Koch, global co-head of fundamental equity funds at Goldman Sachs Asset Management. “There is still so much more uncertainty around how coronavirus is going to spread, particularly in the US.”

Trump’s comments and Microsoft’s warning came after the Dow fell more than 100 points on Wednesday, adding to its massive decline for this week. Through Wednesday’s close, the Dow has lost more than 2,000 points this week. CNBC reported. The 30-stock average is also on pace for its worst percentage-point weekly performance since 2008, down 7 per cent over that time, it said

The Dow has also fallen more than 8 per cent from its record high set earlier this month.

Crude oil fell below US$49 a barrel in New York on economic pandemic fears. West Texas Intermediate crude was at US$48.37 a barrel.