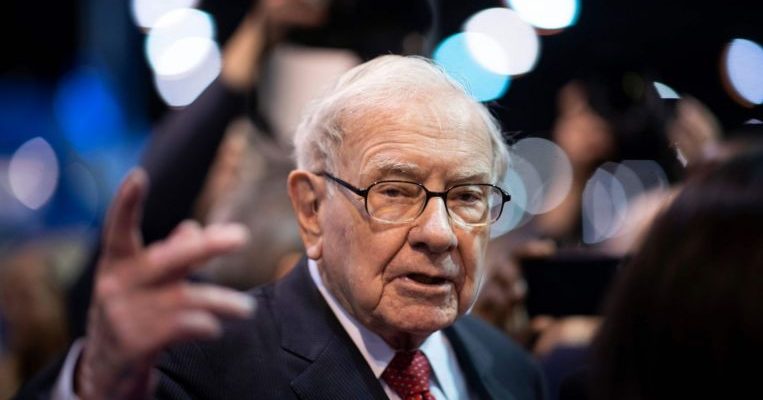 NEW YORK • Billionaire investor Warren Buffett kicked his stock buyback programme into high gear, spending US$2.2 billion (S$3 billion) on repurchases in the last three months of last year, the most ever in a single quarter – and he is looking to buy even more.

Mr Buffett’s Berkshire Hathaway, which loosened its repurchase policy almost two years ago after being stymied on the dealmaking front, has since taken a cautious approach to buybacks, acquiring only US$6.3 billion of stock. However, in the fourth quarter of last year, he bought shares every month, and has no plans to slow down – if the price is right.

“Shareholders having at least US$20 million in value of A or B shares and an inclination to sell shares to Berkshire may wish to have their broker contact Berkshire’s (vice-president) Mark Millard,” Mr Buffett said in his annual letter to shareholders yesterday.

Even as Mr Buffett ramped up his repurchases, Berkshire’s massive pile of cash hovered close to a record, totalling US$128 billion at the end of last year.

Mr Buffett, Berkshire’s chairman and chief executive officer, has sought to redeploy those funds into higher-returning deals or stock purchases, but has been stymied by what he has said are “sky-high” prices for good businesses.

Mr Buffett spent a portion of his annual letter reassuring shareholders about the future of the company , Mr Charlie Munger, who turned 96 this year.

“Berkshire shareholders need not worry: Your company is 100 per cent prepared for our departure,” Mr Buffett said.

Berkshire’s operating earnings fell to US$4.42 billion in the fourth quarter, down 23 per cent from a year earlier, driven by underwriting losses at its namesake reinsurance group, which was hurt by typhoons in Japan, wildfires in California and Australia, and widening losses at its business writing retroactive reinsurance contracts.

Berkshire’s Class A shares last year underperformed the S&P 500 Index by the widest margin since 2009. The stock has gained just 1.1 per cent this year.

Also in Berkshire’s 2019 annual report, released alongside Mr Buffett’s letter yesterday: Kraft Heinz, which counts Berkshire as its largest shareholder, had a tumultuous 2019, with writedowns, management shake-ups and downgrades to junk.

Mr Buffett’s company carries its Kraft Heinz investment on its balance sheet at US$13.8 billion, a figure unchanged since 2018’s fourth quarter, even as the market price of the stake dropped to US$10.5 billion at the end of last year.