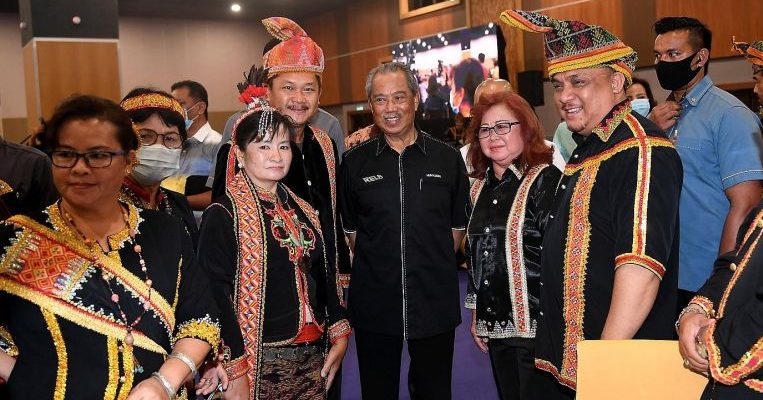 In addition to the Malaysian Indian Congress’ (MIC) sudden pullout earlier last week, the failure to sign up several Sabah-based parties resulted in the postponement of the launch, The Sunday Times has learnt.

The Premier is visiting Sabah ahead of polls on Sept 26 to elect a new government for Malaysia’s easternmost state.

Tan Sri Muhyiddin’s Parti Pribumi Bersatu Malaysia wants allies in Sabah to contest under a new PN logo that he unveiled at a meeting with party leaders in the state yesterday morning, but negotiations over the campaign which begins in a fortnight have not progressed quickly enough.

Although the Muhyiddin administration is called PN, it is an unofficial pact made up of the Umno-led Barisan Nasional (BN), which was defeated at the 2018 General Election, the Gabungan Parti Sarawak (GPS), which controls Malaysia’s largest state, as well as Parti Islam SeMalaysia (PAS) and several independent parties in Sabah.

Parties that had officially signed up to PN include Parti Solidariti Tanah Airku Rakyat Sabah, as well as the Islamist PAS and MIC, although the latter backtracked this week saying it had done so believing the rest of BN would do the same.

The once dominant Umno prefers to contest under its decades-old BN flag in a tussle for leverage ever since Mr Muhyiddin was sworn in on March 1.

That was after most of his Bersatu, as well as supporters of former Parti Keadilan Rakyat deputy president Azmin Ali, defected from the then Pakatan Harapan government.

“I think our top leaders don’t have a clue how to move forward. Too complicated,” said a ruling coalition official, who added that the different interests that need to be resolved within PN may cause political stability to be elusive even after snap polls.

Umno and PAS have called for fresh elections. Mr Muhyiddin has also told Bersatu grassroots that he wants to gain a personal and stronger mandate despite the current parliamentary term ending only in late 2023, having fought hard to keep hold of his razor-thin majority of the 222-strong legislature.

The Straits Times had reported on Tuesday that last weekend’s formal signing up of Senior Economic Minister Azmin into Bersatu was the last major step before unveiling the PN pact, which has faced resistance from Umno, the government’s largest component.

Although the Muhyiddin administration is called Perikatan Nasional, it is an unofficial pact made up of the Umno-led Barisan Nasional, which was defeated at the 2018 General Election, the Gabungan Parti Sarawak, which controls Malaysia’s largest state, as well as Parti Islam SeMalaysia and several independent parties in Sabah.

The move came in concert with opening up Bersatu to non-bumiputera. The term “bumiputera” is used to collectively refer to the Malay majority and Malaysia’s indigenous tribes.

GPS, made up of parties that broke away from BN after the 2018 defeat, has maintained it will use its own logo but is supportive of PN.

In Sabah, Mr Muhyiddin addressed civil servants and expressed disappointment that “Sabah is not aligned with us”, since the state would stand to benefit from cooperation with the federal government.

“Can you imagine? This is not politics, it’s reality… a bit of campaigning but not really, this is the reality,” he said.