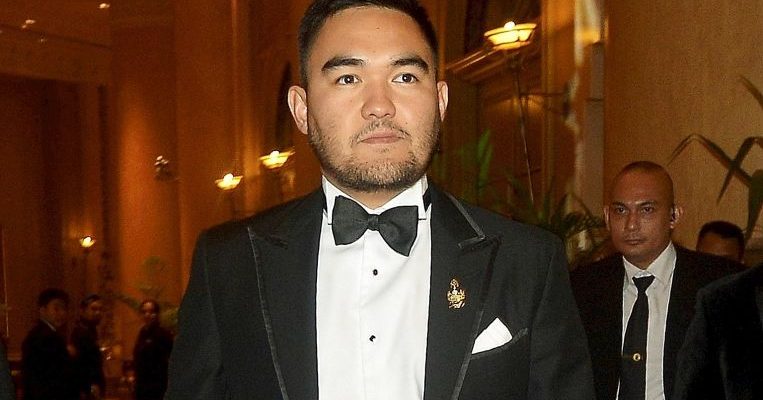 A plan by the Selangor state government – which is controlled by the Pakatan Harapan (PH) coalition – to turn a massive forest reserve into yet another development project has run into stiff opposition from environmentalists and local residents, as well as PH ministers in the federal government.

The issue is a tricky one to negotiate for PH leaders as the Selangor Crown Prince, Tengku Amir Shah Sultan Idris Shah, is a stakeholder in the company jointly developing the 931ha plot with the Selangor government.

Although the royal families are symbolic heads of states in Malaysia’s constitutional monarchy system, they wield significant influence.

Malaysian politicians largely avoid clashing with them as they are also the symbolic heads of Malays and Islam.

An official source told The Sunday Times that some 364ha of the proposed development will be owned by Selangor state-run company Menteri Besar Inc (MBI), while the remaining 566.56ha will be awarded to a private company called Titian Jutaria.

As a comparison, Sentosa island is about 470ha in size.

According to its company profile lodged with the Companies Commission of Malaysia, the two directors of Titian Jutaria are the Crown Prince Tengku Amir Shah and Mr Syed Budriz Putra Jamalullail, the nephew of Selangor’s Sultan Sharafuddin Idris Shah.

The company profile also states that one “Sultan Idris Shah” owns 40 per cent of the issued share capital of Titian Jutaria, while Mr Syed Budriz owns the remaining 60 per cent.

Environmentalists say removing the 931ha swamp forest reserve – known as the Kuala Langat North Forest Reserve (KLFNR) – from the protected list will displace more than 2,000 Orang Asli aborigines and critically endangered species such as the Malayan sun bear at a time of worsening climate change.

The peatland forest, estimated to be around 8,000 years old, was gazetted as a forest reserve in 1927 and covered 7,247ha at the time. But over the years, chunks of the forest have been dug up for development projects.

Federal lawmaker Xavier Jayakumar, who is Water, Land and Natural Resources Minister and MP for Kuala Langat, has objected to the latest development plan.

We should not be destroying green lungs for development, what more an area that has been specially gazetted since 1927.

FEDERAL LAWMAKER XAVIER JAYAKUMAR, who is Water, Land and Natural Resources Minister and the MP for Kuala Langat.

Forty per cent of the area is depleted forest and frequently catches fire, and it no longer has any elements of a forest reserve or virgin forest… So, we are ending its permanent forest reserve status to prevent forest fires.

“We should not be destroying green lungs for development, what more an area that has been specially gazetted since 1927,” said Mr Jayakumar, who is from Parti Keadilan Rakyat (PKR), one of the four component parties of PH.

Selangor Menteri Besar Amirudin Shari, who is also from PKR, has defended the plan, saying opening up the land will prevent fires.

“Forty per cent of the area is depleted forest and frequently catches fire, and it no longer has any elements of a forest reserve or virgin forest. It is a depleted forest. There are no trees and its ecosystem has been disrupted,” he told a news conference on Thursday.

He said there were already development projects around KLNFR and added: “So, we are ending its permanent forest reserve status to prevent forest fires.”

Datuk Seri Amirudin also brushed aside claims by the Orang Asli that there were documents proving their ownership of land in the reserve.

“How can there be a black and white document (of their ownership)? The only black and white there is, is for roaming and foraging land for the Orang Asli, as far as we know,” he said.

The Orang Asli settlements had already been moved out of the forest reserve earlier, Mr Amirudin claimed, although he conceded that old burial grounds of the Orang Asli have yet to be relocated.

The deforestation plan has an added twist in that it has become a proxy battle for the two warring factions in PKR.

Many of those opposing the project are allies of PKR president Anwar Ibrahim, while Mr Amirudin is a staunch ally of Datuk Seri Azmin Ali, the party’s deputy president.