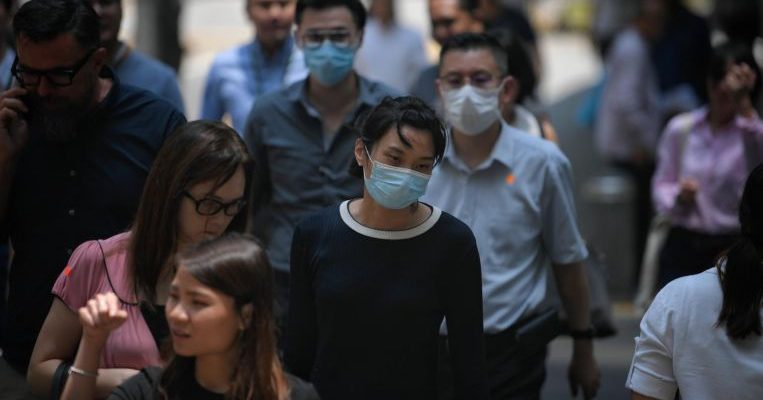 SINGAPORE – Private-sector economists see the Singapore economy contracting by 0.8 per cent in the first quarter of 2020 from the impact, while slashing their forecast for full-year growth to 0.6 per cent.

The forecast was from 21 economists and analysts polled by the Monetary Authority of Singapore (MAS) in its latest quarterly survey sent out on Feb 18.

Notably, an escalation in the Covid-19 outbreak was cited in the survey as the biggest downside risk to the forecasts. The Covid-19 outbreak that started late last year in China has since spread across the globe. The spike in infections in far-off places such as Europe and that United States has spooked markets worldwide and has increased talk of a global recession.

The Singapore Government downgraded its own forecast of gross domestic product growth by a full percentage point to last month. The range raised the spectre of the first full-year recession for Singapore in about two decades.

The forecast for full-year growth in the MAS survey shows a big drop from the 1.5 per cent growth the economists had pencilled in for 2020 in December. The Singapore grew 0.7 per cent in 2019.

All respondents to the survey cited the virus outbreak as a downside risk, while 94.1 per cent ranked it as the top reason growth may come lower than their forecast.

The current MAS survey shows the economy will grow by between 0 per cent and 0.9 per cent this year, compared with 1 per cent to 1.9 per cent in the December poll.

The economists surveyed saw the virus outbreak hurting all sectors of the economy.

Manufacturing growth is forecast to shrink 0.3 per cent, wholesale and retail trade to contract by 0.7 per cent, and accommodation and food services by 1.6 per cent.

The economy is forecast to recover in 2021, expanding by 2 per cent. The range of forecasts is for 1.5 per cent to 2.4 per cent growth next year.

The economists polled were also wary of an escalation in trade tensions – seen by 35.3 per cent as a downside risk – and geopolitical risks, including uncertainties about the outcome of the United States presidential elections in November. Some 29.4 per cent identified geopolitical risks.

For the first quarter of 2020, all respondents expect lower corporate profitability in year-on-year terms, and forecast a rise in corporate spreads. Meanwhile, 55.6 per cent of them expect private residential property prices to decline in quarter-on-quarter terms, while the remaining 44.4 per cent project that prices will remain stable.

For the whole of 2020, most respondents expect corporate profitability to decline.

The majority believe private residential property prices will remain broadly unchanged, while half project that corporate spreads will rise.

In 2021, respondents predict an improvement in corporate profitability, with 100 per cent expecting an increase. The majority expect private residential property prices to stay flat in 2021, and about half project that corporate spreads will fall.

Respondents cited a tightening in global financial conditions, an escalation in the global Covid-19 situation, and the heightening of trade tensions as the top three factors that could potentially weigh on financial market and lending conditions in Singapore.

All three factors were cited by 30 per cent of respondents as downside drivers.

Meanwhile, more accommodative global financial conditions emerged as the most-cited factor that could drive an improvement in financial market and lending conditions.

A rapid containment of the outbreak was the next most commonly cited upside driver.