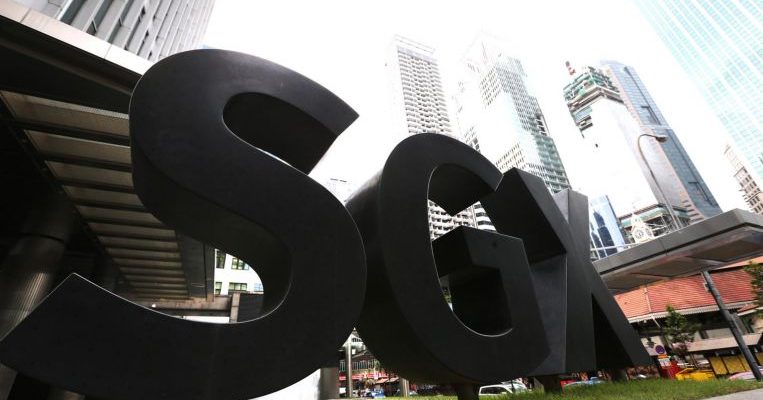 SINGAPORE – The following companies saw new developments that may affect trading of their shares on Friday (Nov 29):

Singapore Exchange (SGX): The Singapore Exchange Regulation (SGX RegCo) is formally looking at scrapping the minimum trading price (MTP) rule. The move, coming more than three years after the rule was implemented, would affect the status of about 100 companies now languishing in the SGX watch list for falling short of the MTP of $0.20 a share. SGX shares closed at $8.85 on Thursday, down 0.1 per cent, or one cent, before the announcement.

China Everbright Water: Mainboard-listed China Everbright Water is looking to sell up to 300 million yuan (S$58.2 million) worth of secured bonds in China. The company on Thursday evening said it has applied to the Shanghai Stock Exchange to seek approval for the possible issuance of the asset-backed securities by a wholly-owned subsidiary to qualified investors. Shares of China Everbright Water, which is dual-listed on the Hong Kong bourse, closed at $0.315 on the Singapore Exchange on Thursday, down 0.5 cent or 1.6 per cent, before the announcement.

Cromwell European Real Estate Investment Trust (Cromwell E-Reit): Cromwell E-Reit has completed the acquisition of a freehold office property in Italy, according to a bourse filing on Friday morning. The purchase price was 17.7 million euros (S$26.6 million). The counter closed flat at 51.5 euro cents on Thursday.

Accordia Golf Trust: Accordia Golf Trust on Friday morning said it has received a non-binding proposal from a potential buyer for all its golf courses. Its manager is evaluating the proposal and will appoint professional advisers. The trust requested a trading halt on Thursday afternoon, but lifted it on Friday before market open. Its units last traded flat at $0.60 on Thursday.

PACC Offshore Services Holdings (POSH): Provenance Capital, the independent financial adviser (IFA), has advised the recommending directors of POSH to recommend shareholders accept the cash offer at $0.215 per share because it is “fair and reasonable”. POSH shares closed unchanged at S$0.215 on Thursday, before the announcement.

Keong Hong Holdings: Keong Hong Holdings’ net profit declined 37.9 per cent to $6 million for the fourth quarter to September, on the back of greater impairment loss on investment in associates, and provision of estimated credit loss for non-trade receivables and corporate guarantee liability. Keong Hong shares were 0.5 cent or 1.08 per cent higher at $0.47 on Thursday before the results were announced.

Nam Lee Pressed Metal Industries: Nam Lee’s full-year earnings fell 18.3 per cent to $9.8 million for the fiscal period ending Sept 30. This translated to earnings per share of 4.046 cents, down 18.4 per cent from 4.956 cents a year ago. The counter closed at $0.40 on Thursday, up 2.6 per cent, or one cent before its results were announced.