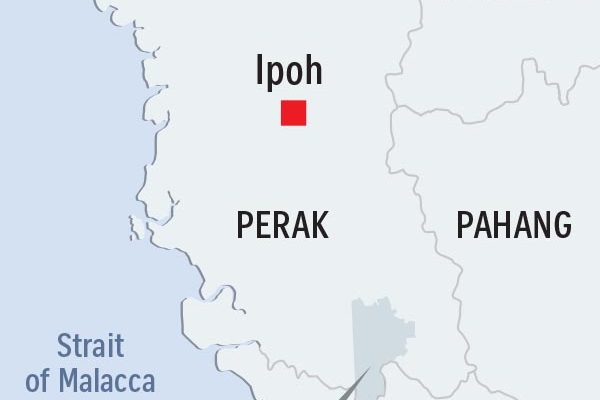 Pejuang, in its electoral debut, failed to make a dent in Umno’s stronghold of Slim, garnering less than 14 per cent of the votes for the Perak state assembly seat.

Safety procedures to curb the spread of the coronavirus were in place at all 12 polling stations, with voters allotted time slots and required to maintain social distancing and have their temperature taken.

Umno had defended the seat in the 2018 General Election with 45 per cent of the votes. Yesterday’s wide margin was in part due to the fact that two of its opponents in 2018 are now its allies in the Perikatan Nasional (PN) government.

Umno, Parti Islam SeMalaysia (PAS) and Prime Minister Muhyiddin Yassin’s Parti Pribumi Bersatu Malaysia are all part of the federal government, as well as the Perak state administration, after defections in February led to Tun Dr Mahathir being deposed.

PAS had in 2018 taken 22 per cent of the votes in Slim, while Bersatu was backed by a third of voters.

Dr Mahathir, 95, formed Pejuang earlier this month along with a handful of Bersatu leaders who refused to join hands with Umno.

The elder statesman had in the 2018 General Election led the Pakatan Harapan (PH) coalition, which then included Bersatu, to a shock win that ended Umno’s six-decade rule.

But Umno’s landslide victory yesterday indicates that Dr Mahathir faces an uphill battle to repeat his past success with Pejuang, if, as widely speculated, national polls are called in the next six months.

Pejuang was formed to go up against the three Malay parties in Perikatan Nasional, but this by-election has shown it will need a miracle to mount a credible challenge at the next general election.

Umno president Ahmad Zahid Hamidi said last night the margin of victory showed Umno was gaining back the support of those who had turned their backs on the party at the last polls in 2018.

“This shows the voters have missed us,” he told reporters.

“This will be further revealed if the Sabah state elections or GE15 are held,” he said, referring to the next general election.

Three-quarters of the voters in Slim are Malay Muslim, who make up the majority in more than half of Malaysia’s parliamentary constituencies.

The results show that most of those who had voted for Bersatu in 2018, when Dr Mahathir was still its chairman, did not back his new party yesterday.

“Pejuang was formed to go up against the three Malay parties in PN, but this by-election has shown it will need a miracle to mount a credible challenge at the next general election,” risk consultancy BowerGroupAsia’s director Adib Zalkapli told The Sunday Times.

This was the third by-election since Mr Muhyiddin led Bersatu out of the PH government, and all three have been won by Umno.

This was also the only by-election of the three that saw an opposition candidate trying to win a Malay-majority seat, providing the first real bellwether of the crucial Malay vote.

Just over two-thirds of the 22,749 registered voters in Slim cast their ballots yesterday, less than the 81 per cent two years ago, reflecting voter fatigue which was apparent during the two-week campaign.

If the outcome in Slim is indicative of the national sentiment among Malay voters, it would mean that Pejuang, as well as other opposition parties, will struggle to galvanise enough support to unseat the current government.