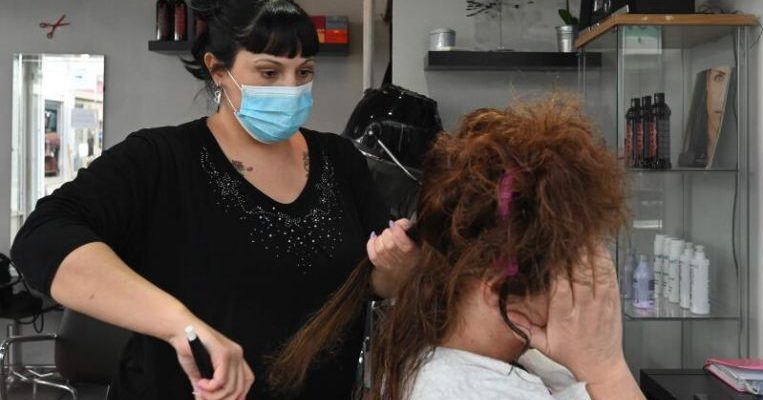 GENEVA (BLOOMBERG) – Health authorities recommend keeping a distance of one metre from fellow human beings to lower your chances of catching . For people like Scout Robi in Sydney, that means no more trips to the hairdresser.

“It’s an environment with lots of close contact with others,” the 31-year-old art therapy student said. “Because I have a heart condition and am at slightly higher risk of complications, I decided it’s best to be extra cautious for now.”

As – infecting more than 119,000 people in about half the world’s countries and killing almost 4,300 – the “social distancing” that health authorities recommend is taking a particular toll on workers whose jobs depend on getting up close and personal.

While in front of their laptops, hair stylists, personal trainers, manicurists or violin teachers aren’t so fortunate. Many work part-time or are self-employed, making them vulnerable to the coronavirus in a way that’s not immediately captured by big corporations’ profit warnings that have dominated the headlines. While demand for high-end services has boomed during a more than decade-long bull market, this boutique economy is bracing for the impact as the outbreak gains ground in Europe and the US and financial markets tremble.

“It’s certainly on my mind and my clients’ minds too – I don’t think I’ve had a single appointment in recent weeks where it hasn’t been mentioned,” said Claire Taylor, 35, a self-employed massage therapist based in Baltimore. “I’m fortunate that my husband has a salaried position, but I’m not sure what I’d do if I didn’t have that buffer.”

The virus has already wreaked havoc on gyms and spas after about 80 infections in South Korea were traced to Zumba exercise classes. Participants at the sessions spread the disease among relatives and others, according to local authorities.

Women-only gym chain Curves Holdings closed all its 2,000-plus branches in Japan this week. In Italy, home to Europe’s worst outbreak, the Aspria Harbour Club near Milan – an oasis for the wealthy looking to escape the the bustle of Italy’s business capital – closed even before the government imposed a lockdown on the region and later the whole country.

Such moves could mean a big hit to a multibillion-dollar sector. The global health-club industry was worth around US$94 billion (S$130.8 billion) in 2018, according to Statista.

Other facilities remain open, but are taking precautions that could put off clients seeking an escape from the stress of their everyday lives. To get into the Hong Kong studios of the upscale Pure Yoga chain, every participant needs to have their temperature checked, according to attendees. Luxury New York gym operator Equinox is using hospital-grade disinfectants and told members to use more wipes on equipment.

While personal trainers, dance instructors or beauticians may be suffering, some providers of niche services for the rich have actually seen an increase in demand as their customers seek to distance themselves from others.

Salvatore Romano, 38, owner of The Delighted Dog, which charges US$40 an hour of private dog walking in New York, said his business increased 25 per cent recently as his clients put their usual jet-setting schedules on hold and retreat from their Manhattan homes to the Hamptons. His customers include executives from Jefferies Financial Group and the New York Rangers hockey team, and some are asking him to ferry their pets to and from the city.

Precision Concierge, an elite transport service based in New York, Miami and Los Angeles, has seen a surge in demand over the past 10 days, according to owner Wayne Schneider. Some customers asked to be transported in cars that have never been used before by anyone. So he bought several brand new sports-utility vehicles, with the clients footing the bill.