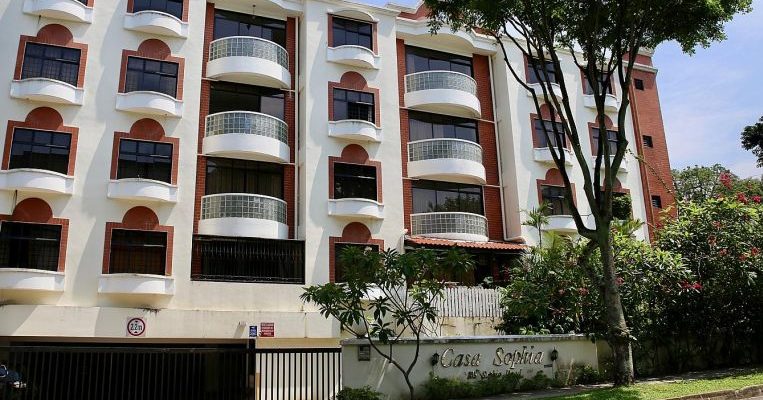 The reduction of 0.2 per cent on average for the March 1 to Aug 31 period is little changed from the 0.3 per cent drop .

The DC cut should be modestly comforting for developers that have had to grapple with more uncertainty following the latest round of cooling measures and now the , said Ms Tricia Song, head of research for Singapore, Colliers International.

Developers pay DCs for the right to enhance the use of some sites or to build bigger projects on them. Five out of the 118 sectors had cuts in DC rates ranging from 3 per cent to 7 per cent. Rates are unchanged for the remaining 113 sectors.

The largest reduction of 7 per cent applies to sectors 34 and 35, which include areas such as Sophia, Upper Wilkie, Cavenagh and Bukit Timah roads. This could be due to the collective sale of Casa Sophia, which sold last month for $29 million or $1,205 per sq ft per plot ratio (psf ppr) – below the implied land rate of $1,347 psf ppr in sector 34, Ms Song said.

Ms Christine Li, head of research for Singapore and South-east Asia at Cushman & Wakefield, noted that four out of the five sectors that saw a cut in DC rates are within the prime residential district or core central region.

The Ministry of National Development revises the rates on March 1 and Sept 1 each year in consultation with the taxman’s chief valuer. They are based on the chief valuer’s assessment of land values and factor in recent sales. They are stated according to use groups across 118 geographical sectors.

DC rates for hospitality use were kept unchanged after a steep 45.6 per cent increase in the March 2019 revision. In the light of the virus outbreak and a potential 20 to 30 per cent drop in visitor arrivals this year, Ms Song said she sees room for hotel DC rates to ease should transacted valuations fall.

Another reason for the status quo in hotel DC rates could be recent deals associated with the redevelopment of Liang Court, Ms Li said.

“Ascott Residence Trust divested a partial stake in Somerset Liang Court to (City Developments Limited). Meanwhile, CDL Hospitality Trust sold Novotel Singapore Clarke Quay to CDL and CapitaLand. Both deals were transacted at $1,000 psf ppr, below the hospitality rates for zone 20 after adjusting for the balance tenure of 58 years.”

DC rates for commercial use have also been kept unchanged – the first pause after seven consecutive increases – in keeping with the more subdued commercial investment sales market after the completion of a few prominent deals in the earlier part of last year, said Ms Tay Huey Ying, JLL’s head of research and consultancy, Singapore.