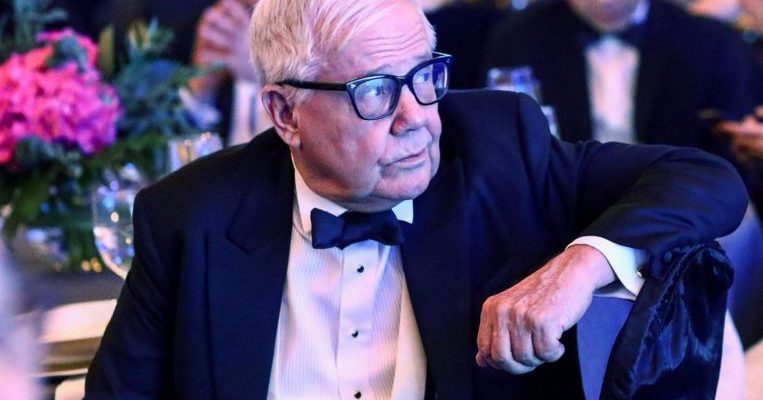 The current rebound in markets may continue for a while following a bout of extreme pessimism, but another rout is imminent, according to the chairman of Rogers Holdings. That’s because of a triple whammy of coronavirus-fulled economic damage, high debt levels and interest rates that are low, which will hurt when they rise.

“I expect in the next couple of years we’re going to have the worst bear market in my lifetime,” Rogers said in a phone interview.

Stocks plummeted in the first three months of the year as worries about an all but certain recession swept through markets. A global gauge of emerging- and developed-world equities posted its worst quarter since 2008, even as governments worldwide pumped trillions of dollars to prop up economies and central banks undertook emergency interest-rate cuts.

This is not the first time he shared such bearish views. Rogers, who co-founded the Quantum Fund with George Soros in the 1970s, had said a bear market was imminent back in 2018. His concerns have grown since as the debt of businesses afflicted by lockdowns and travel bans comes under the the spotlight.

The impact of the virus on economies “will not be over quickly because there’s been a lot of damage. A gigantic amount of debt has been added,” he said.

Rogers is not surprised by the recent flight to quality, saying it’s a “tried and true” function of markets in distress. “There is absolutely no question that throughout history, when you’ve had bear markets, companies with low debt are the ones that people love the most because they don’t have to worry about bankruptcy,” he said.

He noted companies with a strong market share also tend to emerge relatively unscathed, unless they are highly leveraged. For now, he has “a lot of cash” in US dollars, some Chinese and Russian stocks, and he is considering investing in Japanese equities. The executive said he’s waiting to snap up shares in some of the most beaten-down sectors such as tourism, transportation, airlines and agriculture in China and globally.

“The Chinese economy is opening again, people are going back to work. Factories, restaurants are opening again,” he said. “I am looking at life, and life is not such that we are all going to take the bus and take boats again.”