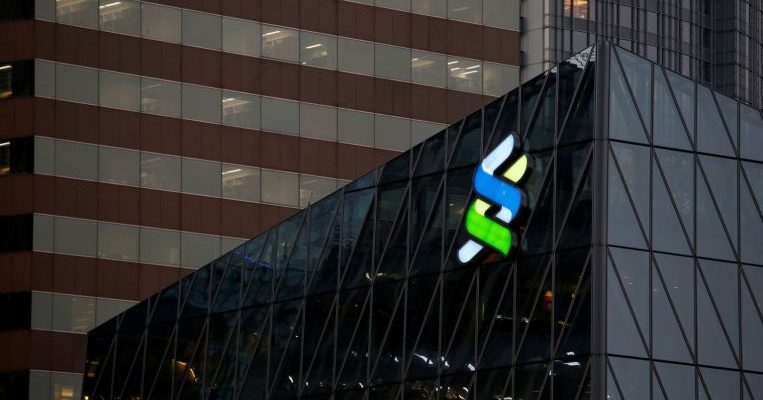 HONG KONG (REUTERS) – Standard Chartered on Thursday (Feb 27) said its key profit target would take longer to meet on slowing global economic growth and . The warning came after it posted a 46 per cent jump in its annual profit bolstered by revenue growth in its main markets and lower costs.

The bank said it would take longer to achieve its target of a 10 per cent return on tangible equity (RoTE) previously targeted for 2021, after flagging in October that the goal had become more difficult amid worsening global economic conditions.

The bank, which makes the bulk of its revenue in Asia, posted a pretax profit of US$3.71 billion (S$5.18 billion), up from US$2.55 billion in 2018 and slightly below the US$3.94 billion average of analysts’ forecasts compiled by the bank.

“These headwinds are expected to be transitory, but we now believe it will take longer to achieve our RoTE target of 10 per cent than we previously envisaged,” it said in an earnings statement to the stock exchange.

The statement comes after rival HSBC Holdings warned it could face loan losses of up to US$600 million if the virus outbreak persists into the second half of the year.

, first by anti-government protests and now by the virus as tourist arrivals slump and residents steer clear of shops. Many employees, including those at StanChart, .

Analysts and bankers have warned that lenders which derive a large part of their earnings from Hong Kong face at least two quarters of worsening asset quality and slowing loan growth as .

StanChart said it had also approved the buyback of up to US$500 million worth of shares starting shortly and will review the potential for making a further capital return upon the completion of the sale of a stake in Indonesian lender Permata.