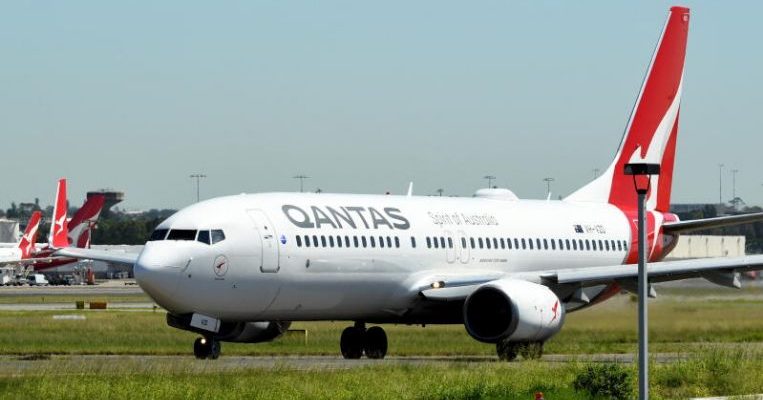 SYDNEY (BLOOMBERG) – An ugly feud is escalating between Qantas Airways and its closest Australian competitor over the ethics of state aid, just as airlines facing collapse around the world race to secure bailouts.

With demand all but gone, Qantas is hunkering down to weather after a run of record profits. It has furloughed most staff and used planes as collateral to swell its cash reserves to A$3 billion (S$2.6 billion).

Meanwhile Virgin Australia Holdings, unprofitable for seven years, has asked for a A$1.4 billion government loan that would convert into equity if unpaid.

Qantas argues that Virgin’s record should not be rewarded with a bailout, while Virgin has accused Qantas of spreading false rumours about Virgin’s cash position.

The dispute intensified on Wednesday (April 1) after Australia’s corporate regulator said it is , which may have influenced the share prices of both airlines.

The fight for credit is likely to play out between strong and weak airlines globally as the sector teeters on the brink.

Without government help, more than half the world’s carriers face bankruptcy within two to three months, the International Air Transport Association said.

Airlines worldwide face a US$252 billion (S$360.8 billion) passenger revenue shortfall this year, according to the International Air Transport Association.

Dubai became the latest government to grant financial aid, pledging to assist Emirates. Carriers from Air France-KLM to Deutsche Lufthansa have asked for help, while a US stimulus package includes support for airlines.

The UK, in contrast, has ruled out immediate direct aid to the aviation industry.

Flybe, Britain’s largest domestic airline, collapsed on March 5 after the government earlier this year decided not to defer its massive tax bill even as it struggled with a virus-caused traffic plunge.

Virgin, which had about A$1.1 billion in cash at the end of 2019, said on Tuesday it is it wants for the Australian aviation industry. The government has already announced a sector-wide package worth about A$1 billion.

Qantas said it does not need any more government help, but also said any bailout should be proportionate, so that capital markets are not distorted. If Virgin obtained a A$1.4 billion convertible loan, Qantas should in turn receive A$4.2 billion in funds because its revenue is three times larger, a spokesman said.

“When good companies have managed their position very well, the government should let them manage their way through this, and not look after the badly managed companies,” Qantas chief executive officer Alan Joyce said last month. “Qantas needs to be treated equally.”

It is a conundrum for the state. Finance Minister Mathias Cormann said this week the government does not plan to take a stake in an airline, but still wants two viable carriers to compete with each other after the crisis.

“It’s a really tough one,” said Mr Daniel Mueller, a fund manager at Vertium Asset Management. “The government won’t have a choice if it wants two airlines. It really depends on your moral values.”