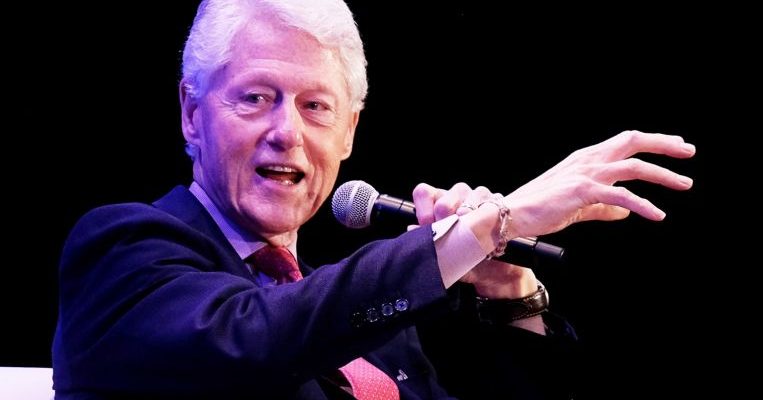 NEW YORK • Former US president Bill Clinton said he had an affair with Ms Monica Lewinsky to help him deal with the stress of being president, as he opened up in a documentary released on Friday about the scandal that led to his impeachment.

In the four-part series on video-on-demand service Hulu, Mr Clinton said his sexual relationship with the then White House intern was a means “to manage my anxieties”, and that he felt “terrible” that the affair came to define Ms Lewinsky’s life.

“It was awful what I did,” added the 73-year-old. “We all bring our baggage to life and sometimes we do things we shouldn’t do.”

Mr Clinton described the affair as motivated by life’s “pressures and disappointments and terrors, fears of whatever, things I did to manage my anxieties for years”.

Mr Clinton and his wife Hillary were interviewed separately about what they recalled from that time for the series entitled Hillary, focused on the life of the former first lady.

Mr Clinton’s sexual relationship with Ms Lewinsky and subsequent denial about it under oath led to his impeachment in December 1998.

He was acquitted by the Senate in February 1999, but the scandal came to define his presidency.

Mrs Clinton said she felt “devastated and so personally hurt” when her husband told her about the affair.

They both talked about how Hillary told him to inform their daughter Chelsea before the news became public.

“So, I did that, which was awful,” said Mr Clinton. “What I did was wrong. I just hated to hurt her.”

He insisted that nobody in his position would have thought about the risks they were taking by having the affair.

Nobody sits down and thinks, ‘I think I’ll take a really irresponsible risk’. It’s bad for my family, bad for my country, bad for the people who work with me.

“You feel like you are staggering around, you have been in a 15-round prize fight that was extended to 30 rounds and here is something that will take your mind off of it for a while. That is what happens,” he said.

The 42nd president also reflected on how the incident affected Ms Lewinsky, who was 22 when the two-year affair began in 1995, saying that he thought her life had been “unfairly” defined by it.

“Over the years I have watched her trying to get a normal life back again. But you’ve got to decide how to define normal,” he added.

Mrs Clinton said she had been both criticised and praised over the years, and suggested the #MeToo global reckoning against men abusing positions of power has led people to view her decision differently.

“You know that there are forces (at) work in a society that people are working through themselves,” she added.

During the hour-long episode, Mr Clinton said he felt “so grateful” that his wife stuck by him.

“God knows the burden she paid for that,” he added.

He also contemplated how he had changed in the more than two decades since the scandal.

“I am a totally different person than I was. Maybe it is just getting older, but I hope it was also going through a lot of this,” he said.