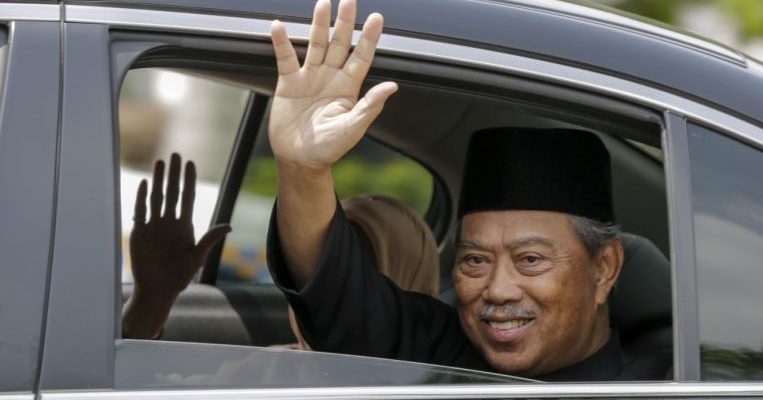 Malaysian Prime Minister Muhyiddin Yassin may be reaching out across political parties as he attempts to assemble his new Cabinet, with talk swirling that he could offer the former health minister his old post amid the growing coronavirus outbreak.

Datuk Seri Dzulkefly was seen to have done a good job, and is a popular figure, a political source told The Sunday Times.

However, bringing him back into the Cabinet would be an unusual move, especially since Mr Muhyiddin had taken his Bersatu party out of the Pakatan Harapan (PH) coalition which Amanah is a part of, leading to the collapse of the PH government on Feb 24.

Political rivals from Umno, including its secretary-general Annuar Musa, have also suggested on social media that Dr Dzulkefly be re-appointed health minister to tackle the outbreak of the coronavirus disease – officially known as Covid-19 – which has seen 93 people infected in Malaysia so far.

“This is all hearsay, there is nothing official,” Dr Dzulkefly told The Sunday Times, adding that he would not accept a Cabinet post from the current government.

He said he would not mind working in another capacity to help manage the virus outbreak, such as in an advisory role on a task force.

“While I am keen to help the rakyat (people), I want to make it very clear that it is not to be construed as legitimising the power grab of Perikatan Nasional (PN),” he said.

PH has denounced PN as a backdoor government, describing Mr Muhyiddin and other former PH lawmakers aligned to him as traitors.

Amanah communications chief Khalid Samad said that Mr Muhyiddin has approached PH leaders to be part of his Cabinet.

“But no one wanted to accept,” he said.

Mr Muhyiddin faces a difficult task as he has promised a Cabinet that practises integrity and clean governance, but several leaders of his new ally Umno currently face numerous graft charges in court.

Yesterday, Umno president Ahmad Zahid Hamidi, who faces dozens of corruption and money-laundering charges, confirmed that he will not be in the new Cabinet after having discussed the matter with Mr Muhyiddin.

“The new government must be clean and chances must be given to those (facing charges) to clear their name through legal court procedure,” he said.

“As the president of Barisan Nasional and Umno, I will not offer myself to be in the new Cabinet,” he was quoted as saying by The Star.

Meanwhile, Mr Khalid said that he had sent a text message to Mr Muhyiddin, urging him to leave PN and return to PH.

“Tan Sri (Muhyiddin), you have betrayed PH, now you should betray Perikatan Nasional, then it’s fair. Tan Sri, bring PPBM (Bersatu) back into PH,” Mr Khalid was quoted as saying at a PH rally in Hulu Kelang on Wednesday.

Mr Khalid, who is the former federal territories minister, said that PH coalition partner Democratic Action Party (DAP) had been prepared to reduce the number of DAP ministers during the recent political crisis.

According to Mr Khalid, DAP secretary-general Lim Guan Eng had said: “If the Malays are so angry with DAP, we can reduce the number of ministerial positions for DAP. Even if I myself do not become finance minister, it’s okay.”