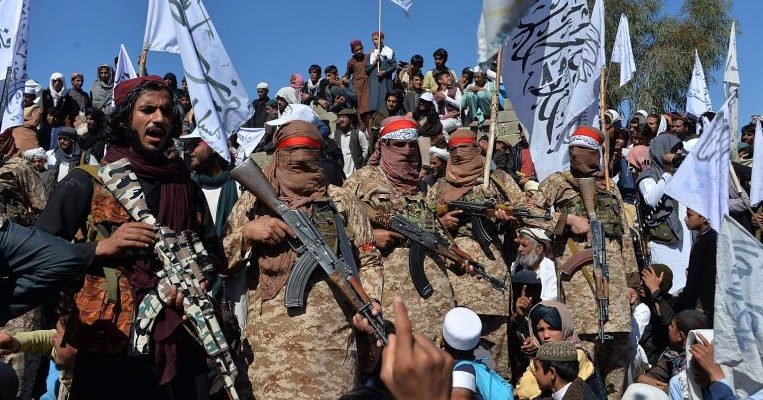 KABUL/PESHAWAR • The Taleban will refuse to negotiate with the team announced by the Afghan government, the militant group’s spokesman has said, in a potential setback for the next steps of the US-brokered peace process.

Spokesman Zabuhullah Mujahid said yesterday that the group would not negotiate with the team as it was not selected in a way that included “all Afghan factions”.

The Afghan government unveiled on Friday a 21-member team – including five women – who will negotiate with the Taleban in upcoming talks aimed at ending Afghanistan’s 18-year conflict. The team was praised as “inclusive” by US special envoy Zalmay Khalilzad.

The move is a crucial step in bringing the warring parties to the table and getting a floundering, US-led peace process back on track.

Under a deal signed by the US and the Taleban last month, the insurgents agreed to commit to starting talks with the Afghan government and to discuss a possible ceasefire.

The Taleban has refused to meet the administration of President Ashraf Ghani, calling him an American stooge. In return for starting talks and other commitments, the US and foreign partner forces will withdraw from Afghanistan over the next 14 months.

The negotiating team was supposed to be unveiled weeks ago, with the “intra-Afghan” talks with the Taleban meant to get under way on March 10 in Oslo.

But Kabul has been gripped by a fresh political crisis, with Mr Ghani’s legitimacy being challenged by his rival Abdullah Abdullah, who has also proclaimed himself president.

The United States, which has slashed aid to the Afghan government over its failure to end its infighting, hailed the progress in naming an “inclusive” negotiating team.

The delegation “reflects the true tapestry of the nation and the instrumental role of women”, said Mr Khalilzad, the chief US negotiator.

“This consensus is a meaningful step that moves the parties significantly closer to intra-Afghan negotiations,” he wrote on Twitter.

The Taleban has refused to meet the administration of President Ashraf Ghani, calling him an American stooge. In return for starting talks and other commitments, the US and foreign partner forces will withdraw from Afghanistan over the next 14 months.

The negotiating team was to be led by former Afghan intelligence chief Masoom Stanekzai who, as a Pashtun, shares a tribal identity with the Taleban.

While there was no immediate indication of whether Mr Abdullah supports the team’s composition, it included Mr Batur Dostum, whose father Abdul Rashid Dostum – a notorious former warlord – is a staunch Abdullah ally.

Among the five women delegates was Ms Habiba Sarabi, deputy leader of the government’s High Peace Council. She is a Hazara, the predominantly Shi’ite ethnic group that the Taleban has repeatedly targeted.

Another female delegate was Ms Fawzia Koofi, an ethnic Tajik and a women’s rights activist who is a vocal critic of the Taleban.

During its reign across much of Afghanistan from 1996 to 2001, the Taleban forced women to stay at home, banned female education and frequently executed women on flimsy allegations of adultery.